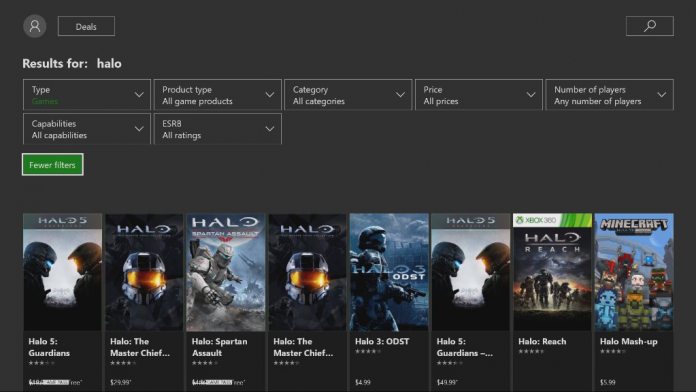 It’s been a long time coming, but Xbox One users can now filter Store items by a number of metrics. The digital storefront now features dropdowns for price, category, number of players, rating, and ESRB ratings.

As a result, it should be much easier to search for games you enjoy. No longer will you have to scroll through pages of badly rated games to find one good one, or look at ones beyond your budget.

Though the layout is still quite simplistic, it’s a notable improvement, and will likely get adjustments in the future. It’s also another signal that Microsoft is listening to user feedback – especially surrounding the store.

It’s also another signal that Microsoft is listening to user feedback – especially surrounding the store. Recently, the Xbox team enabled the ability to gift games, so we’re hoping for improvements in other areas soon.

Vital features, such as the ability to build a wishlist or a shopping basket are still missing on the console. As others have noted, it’s surprising that these features weren’t available at launch, let alone two years later.

Even so, the additions will be of particular use during sales, which it’s likely we’ll see sometime after the holiday season. The feature was previously in testing, but the update should have now rolled out to all Xbox One users.