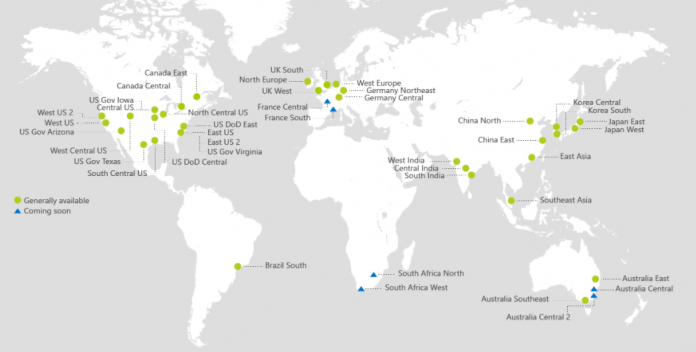 The B-Series VMs have been available in preview since September. Now they are moving to general availability. These are the lowest cost flexible vCPU VMs available, coming in six different sizes.

These combustible B-Series virtual machines are ideal for workloads such as smaller databases and web servers. Customers get a consistent baseline CPU performance across a flexible range of sizes and value.

Also moving to general availability is the M-Series. More upgrade than the B-Series, the M range is the largest VM size available in Azure. Available in four sizes, the series allows customers to deploy up to 3.8 TiB (4 TB) of RAM on a single VM. Powered by Intel Xeon 2.5 GHz E7-8890 v3 processors, the M-Series is perfect for large in-memory workloads like SAP HANA.

“You can deploy these large workloads in minutes and on-demand, scaling elastically as your usage demands. With availability SLAs of 99.95% for an Availability Set, 99.9% for a single node, and 99.99% when we GA Availability Zones, you can provide application level SLA guarantees to your users for both your HA and scale-out configurations.”

Microsoft is rolling out native held Azure in France through new data centers, one in Paris (France Central) and Marseilles (France South). The platform is currently available in preview and is open for all French customers looking to deploy online services:

“The new Azure Regions in France are part of our global portfolio of 42 regions announced, which offer the scale needed to bring applications closer to users and customers around the world,” explained Tom Keane, Head of Global Infrastructure, Microsoft Azure.

“The new regions will offer the same enterprise-grade reliability and performance as our globally available services combined with data residency to support the digital transformation of businesses and organizations in France,” Keane added.