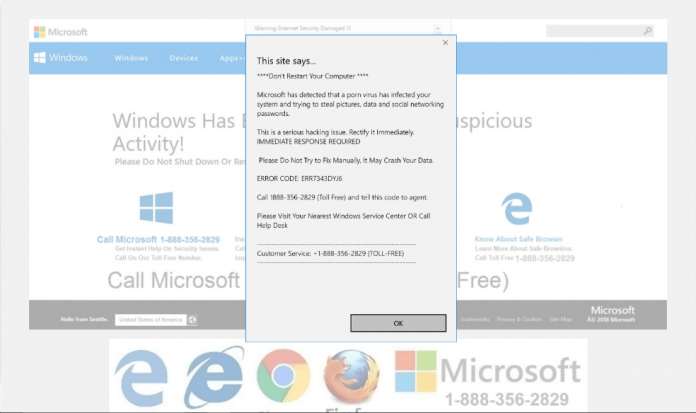 We’ve written about Microsoft tech support scams numerous times now, and that’s because they just won’t go away. The reason is simple: they work, and now the Better Business Bureau has statistics to back it up.

Facts and insights from Microsoft and the FBI, look at the scope of the problem and how it affects consumers. Through it, Microsoft reveals a staggering 12,000 complaints about fraudulent calls per month.

In total, BBB recorded 41,435 complaints in the U.S. this year, with losses of up to $21 million. An FTC study finds that under 10% of victims complain to law enforcement, meaning the number is likely much, much higher.

Surprisingly, it seems millennials between the ages of 18 to 34 are more likely to continue a continue these calls than other age groups. This goes against the general assumption that older users are more likely to fall for technology scams, but it could also be down to the likelihood of millennials owning the relevant software.

Almost half of the scam calls come from agents pretending to be Comcast, Norton, Dell, or other companies. Some have been employing robocalls, spoofing a caller ID from Apple.

As well as cold calls, tech support scammers target users via browser pop-ups and email. BBB puts the division between the two as even, with 45% via phone and 45% via pop-up. Many pop-ups appear in the form of fake warning screens in the browser, which can slow down or freeze a user’s PC.

A report from Stony Brook University suggests that many victims end up on these pages by mistyping a URL, believing they’re on the right site. A more recent tactic involves email, utilizing botnets to send out millions per day.

By looking at the IP addresses of scammers, a BBB study found that 85.4% are in India, while 9.7% are in the U.S. To avoid such scams, Microsoft and BBB advise users avoid online or telephone tech support, and instead head to a local store.

Of course, Microsoft also encourages them to report their experiences at their report a scam webpage, but it doesn’t look like this problem is going away anytime soon.