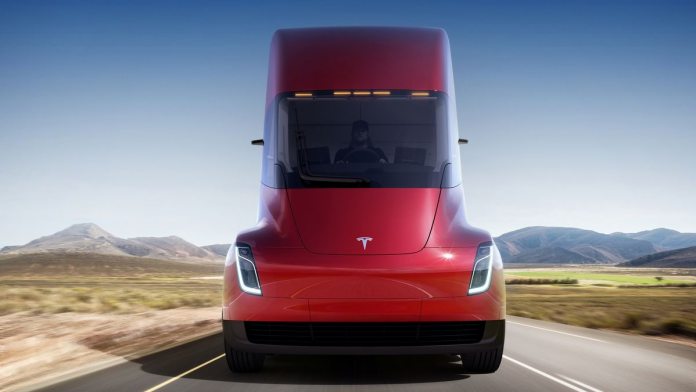 Tesla launched its first electric truck (Tesla Semi) earlier this month, following its strides in electric automotive technology. Arguably, the trucking trade is more engrained in diesel than any other industry, but interest in Tesla’s creation has been solid. The latest partners are delivery giant DHL and Canada’s Fortigo Freight Services Inc.

Deutsche Post AG’s DHL Supply Chain is a major transportation, distribution and warehousing company for retailers and manufacturers. The company has pre-ordered 10 Tesla electric trucks for its U.S. operations. In a confirmation, DHL says the company’s will aid its facilities in major cities:

“The trucks will be used for shuttle runs and same-day customer deliveries, and will be tested for fuel efficiency on longer runs from major markets to other DHL operations across the country,” the company said.

“We’ll be running it in a pilot program to ensure it meets our business objectives,” Demangos said.

The companies follow fellow giants such as retail juggernaut Wal-Mart Stores Inc. and fleet operator J.B. Hunt. Both companies said they will order the truck, which will launch in 2019.

Tesla has not said exactly how many order it has received. The electric truck was launched on Nov. 16, so it is clear the company has tied up some important partners just two weeks later. It is likely more new customers will arrive, but these will also probably only order limited numbers of the vehicle.

Tesla has been at the forefront of moving transportation away from fossil fuels. The truck marks a first concerted effort to target changes in industry.

There is still plenty of uncertainty about the viability of electric commercial vehicles. Pre-orders are expected to be mooted for this very reason. The Tesla Semi has a 500-mile (800km) range between charges. This means it has about half the range of a diesel Class 8 truck.

Other problems include charging stations in rural and inter-city locations where semi-trucks usually operate. Batteries also take up space and add weight, cutting payloads and adding costs. Despite this, and arguably because of Tesla’s growing sway, the company has managed to get some companies to commit.