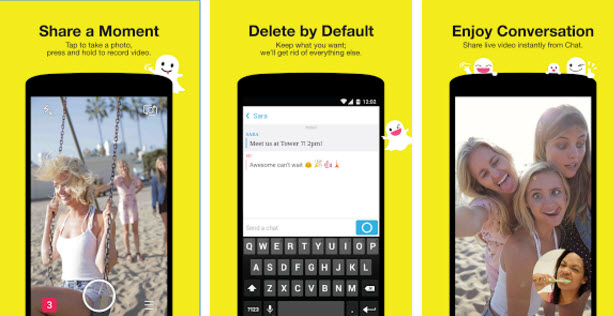 A couple of months ago, Microsoft overhauled Skype with a new design. The company also, ahem, borrowed a number of features from Snapchat. However, Redmond stopped short of copying the design from its rival. With good reason too, it is arguably the worst part of Snapchat.

The hugely popular messaging service is a prime example of it is not what’s on the surface that counts. The app is often described and bloated and messy by users and simply does not look great. It has been like that for year. Now, Snapchat has detailed an overhaul that aims to change that.

At the start of this month, the company announced it would bring updates to its iOS and Android apps. It seems Snapchat is now ready for those changes by detailing what those changes will be.

Firstly, the app will behave as normal when opened, with a camera section for instant captures of a moment. However, now the firm makes it clearer what different parts of the app are for. Snapchat has become a firm favorite amongst people wanting to put dog ears on their head, but it is also used by businesses.

The company wants to more clearly differentiate the personal and business portions of the app. This means personal content, like stories and chats from friends will be on the left. Content from business or professional contacts with be on the right.

I guess there are some who may have those two relationships blurred, but it is nevertheless good that Snapchat will be more organized.

The app will also get an improved chat interface. With the update, Snapchat will organize friends in an order of most importance (to you). With the dynamic friends page, contacts that you talk to the most will be placed at the top, which makes it easier to communicate.

It is good to see these changes are on the way, but the firm has yet to say when they will come to iOS and Android.