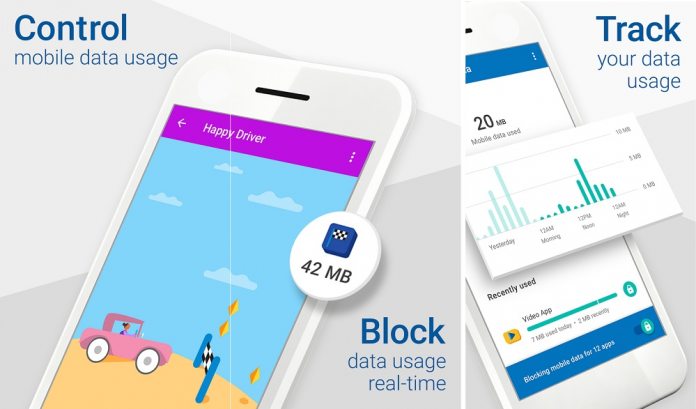 Google has often talked about connecting as many people as possible, whether through Android or connectivity. The company’s “next billion” plan was announced in 2016, focusing on connecting another billion users. Today, Mountain View has launched a new app called Datally, which works towards the goal.

Datally for Android is designed to make the most of local mobile data by optimizing it. Google has been testing its performance in the Philippines for months and says it is ready to launch globally.

Because of the type of app it is, Datally will request access to various parts of your device, such as “make and manage calls,” “send and view SMS messages,” and view the device’s location. If you are not happy with that level of Google intrusion, then this is not the app for you.

Of course, apps requesting for those permissions are not rare, so we guess most will be ok with Datally. With this widespread access, the app comes with a Data Saver ability to block data from chosen apps. You can also decide to block all data usage, allowing just the on-screen active app to use mobile data.

Other features of Datally include the ability to track usage in real-time across individual applications. Google describes this as a “speedometer” for data performance. You can also see and close applications that are using the most mobile data.

The app has some other tricks up its sleeve. For example, it can find nearby public (open) Wi-Fi zones and a rating feature for Google to monitor the quality of networks.

Arguably the most important aspect of Datally is it gives you a breakdown of your daily mobile data usage. This can also be set to weekly and monthly, so you can really see your usage trends. If you are someone who often wonders where your data goes, this could be valuable.

Google has plans for additional features, including the ability to check your data balance. Eventually, the app will also drop you a notification when your billing cycle for the month is due. Notifications will also be setup to arrive when you are consuming too much mobile data.

It Works but May not be Necessary

I downloaded the app and had a quick look around and found Datally does exactly what it says on the tin. However, there are myriad apps that offer all the features here. Indeed, many apps offer them all in one package.

That does not mean I think Datally is worthless. I predict many users, especially casual mobile customers, will trust an app from Google more than a third-party. Whether that’s a legitimate trust is a debate for another day.