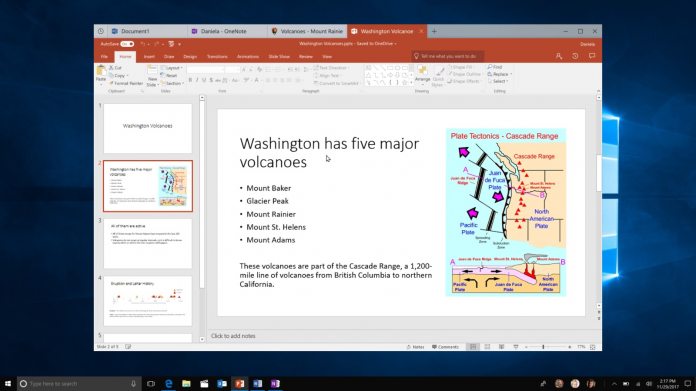 Microsoft runs Windows 10 as a service, allowing the company to change the platform through major updates. It also allows the company to look to larger changes in the future. One interesting new development for Windows 10 is called “Sets” and could transform how you interact with applications.

With this feature, Microsoft is taking inspiration from a web browser ability that we now take for granted. Tabs are one of the most useful, but unnoticed, aspects of browsers. They simplify the UI, allowing users to switch easily between sites without needing several windows open, cluttering the PC.

Microsoft has taken this influence and applied its to Sets. The feature will allow users to group together apps in Windows 10 tabs. It is worth noting that Sets may not be the finalized name for the feature.

This could arguably be a very important addition to the platform and could even change the way we interact with Windows 10.

Sets will function in much the same way the current Microsoft Edge browser manages tabs. Users can open a tab within a window by clicking the + symbol in the title bar. This will open a landing page that shows the most frequently used applications, recent documents, and a search bar. Yes, this is very much like a new tab page on a web browser.

You can then choose what you want to open as a tabbed window in the current app your in. For example, you could have document, app, web pages, or mail apps all open and stacked together.

Used right, Microsoft’s new feature will allow the user to flick seamlessly from a spreadsheet to designing a website without having dozens of windows open.

It seems Microsoft is looking to tie Sets into Windows Timeline, which is another upcoming feature. Timeline lets users move backwards on Windows 10 to find and interact with past projects and tasks. Both features are in development and Microsoft believes they will sit perfectly together.

At the moment, Microsoft is saying Sets is firmly an experiment. The company is clearly concerned about making arguably the most drastic changes to the Windows title bar ever. If something like Sets is introduced, it will be interesting to see if it is a default feature, or something users can select.