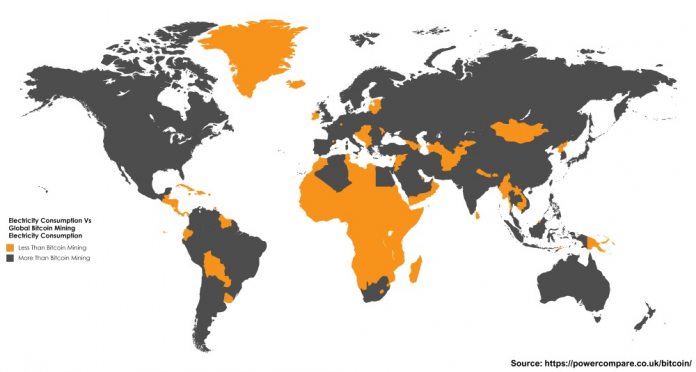 While the adoption of bitcoin into the financial mainstream has been slower than predicted, it is still happening. The dizzy heights of early Bitcoin prices have gone, but the cryptocurrency has enjoyed a surge in price recently. Mining the currency is so popular a new study shows it consumes more electricity than over 20 European nations.

For example, it takes more electricity than is used in Croatia, Ireland, Slovakia, and more. 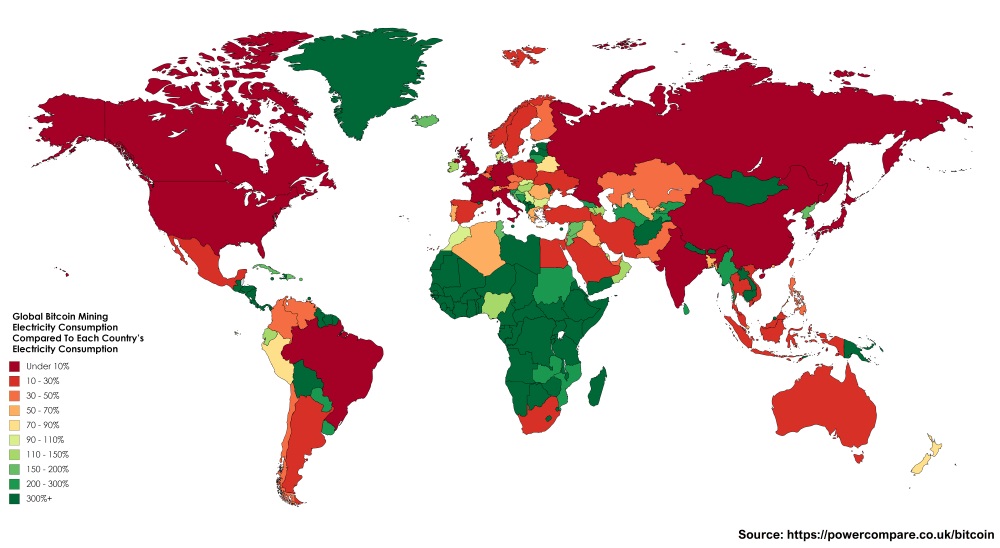 However, if Bitcoin miners were a single autonomous nation, it would be ranked 61st globally in terms of electricity consumption.

Some of the facts listed about suggest Bitcoin mining will continue to consume vast amounts of power. Indeed, there as been a 30 percent surge in consumption in the last 30 days. Electricity needs for miners could surpass the UK’s needs as soon as October next year.