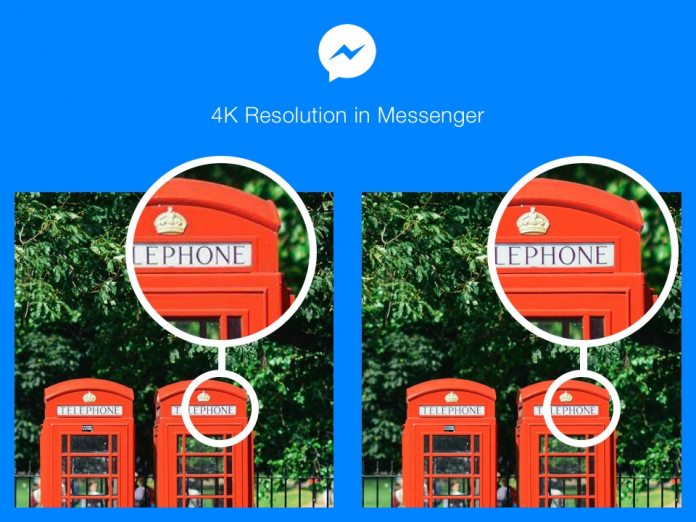 How people communicate is changing, or at least evolving to include more methods. Text and audio are still widely used, of course, but people are increasingly communicating with images. In a bid to appeal to the visual messaging crowd, Facebook Messenger now support high-quality image support.

Considering much of Facebook’ social network is based on image sharing, the Messenger app has previously restricted how photos are shared. Size limits were previously limited enough to stop users uploading high-quality visuals.

That is changing today as Facebook understands the need for improved images:

“The way people message today is no longer limited by just text; visual messaging as our new universal language is much more emotional and expressive… We’re making significant investments in how people communicate visually on Messenger.”

Specifically, the size of images that can be sent has been increased on Facebook Messenger. The resolution is now bumped to 4,096 x 4,096 pixels per image. Yes, that is full 4K resolution support for photos.

The company says this new high-quality support will not change how images are sent and managed in the app.

As we often see with 4K, the changes in quality are not always glaringly obvious. However, diving into the detail usually gives away the increase in resolution. That is the case here and Facebook has included some image comparisons for users to see.

Getting the 4K image support in Facebook Messenger will require an update. It is also good to note that the feature is currently limited to users in the United States, Canada, France, the United Kingdom, Australia, Singapore, Hong Kong, Japan, and South Korea.

The update is available to iOS and Android users. Facebook says a wider launch to other regions will arrive in the coming weeks.