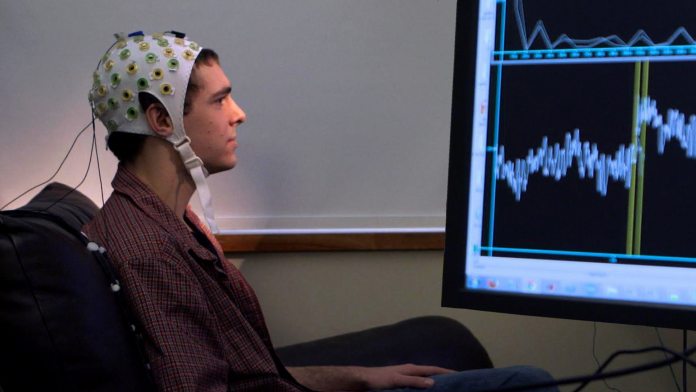 Machine learning techniques and innovation in artificial intelligence (AI) have allowed brain computer interfaces (BCIs) to evolve in recent years. BCI systems are now more adept than ever at mapping, augmenting, and repairing human cognitive and sensory functions. This is achievable my reconstructing through images from the visual cortex.

Microsoft appears to be making a major move in the brain computer interface field. The company is exploring ways in which BCIs could be used to control a computer. In an effort to further development, the company has patented several methods of note.

In one patent (below), Microsoft describes a brain reading capability. If integrated in an app, the technology could understand what a user’s intended action is and automatically execute it. The app could perform the intended action just by reading the user.

This feels like an implementation that could be more easily developed than app integration for automated execution:

Microsoft has also patented a method for change the mode of a PC depending on brain activity:

Finally, Microsoft believes brain activity could discern and understand objects in a user’s visual field. This ties directly into virtual and mixed reality and would work through head mounted displays. Microsoft already has the network in place with Windows Mixed Reality and HoloLens:

“Technologies are described herein for modifying a user interface (“UI”) provided by a computing device based upon a user’s brain activity and gaze. A machine learning classifier is trained using data that identifies the state of a UI provided by a computing device, data identifying brain activity of a user of the computing device, and data identifying the location of the user’s gaze. Once trained, the classifier can select a state for the UI provided by the computing device based upon brain activity and gaze of the user. The UI can then be configured based on the selected state. An API can also expose an interface through which an operating system and programs can obtain data identifying the UI state selected by the machine learning classifier. Through the use of this data, a UI can be configured for suitability with a user’s current mental state and gaze.”