Windows 10 ARM notebooks are just around the corner, if Microsoft’s ambitious 2017 debut pays off. The ability to run x86 apps on mobile processors has been touted as a game-changer, but it may not be as revolutionary as some expect.

A recent Geekbench score spotted by winfuture.de lists a device known as Qualcomm CLS running Windows 10. Obviously, we can’t verify that this is correct, but it would be slightly disappointing if that’s the case. 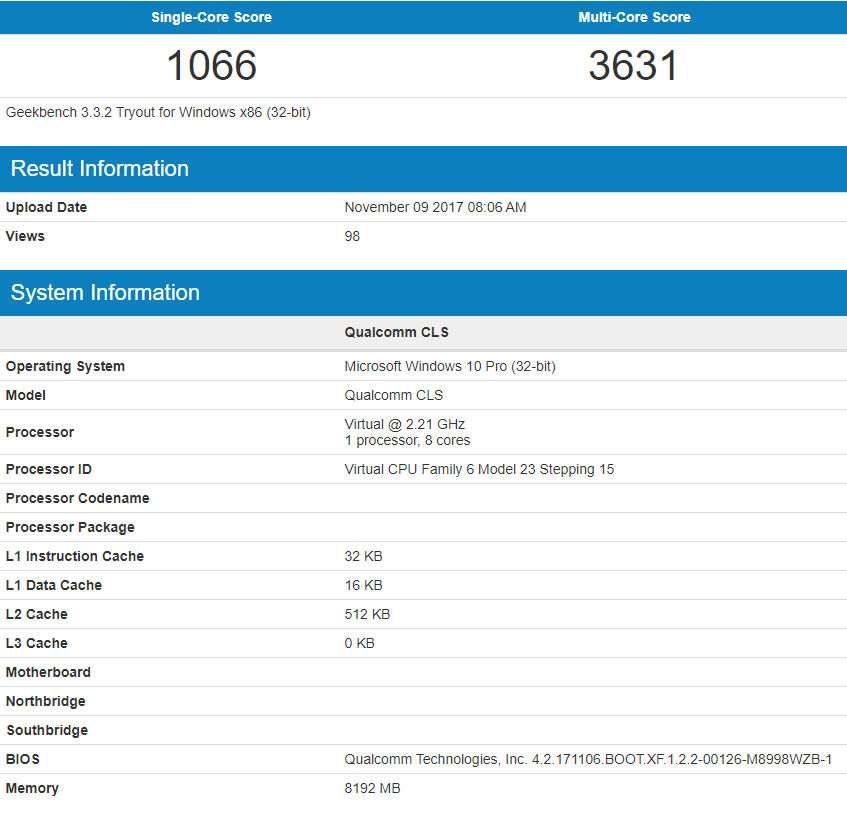 The devices will utilize the Snapdragon 835 processor, but it has far better benchmarks on regular Android. As Gizmochina points out, single core scores of 2000 and multi-cores of 6000+ aren’t uncommon. Of course, there’s nothing really like Windows 10 on ARM, so it’s hard to make an accurate comparison.

Prototypes and Other Explanations

First, it’s worth noting that there are many explanations for this. Pre-production Geekbench scores are not always accurate, especially when you consider prototype models and varying test environments. There’s also significant evidence that points to companies cheating on benchmarks, so you shouldn’t put too much stock in them.

The fear, though, is a major hit due to emulation. There’s always going to be some kind of hit, even if it’s minimal. The only real concern is how well the devices will handle more intensive applications, and if they will have the multi-day battery life Microsoft has hinted at.

So far, we’ve seen Microsoft run Photoshop without any major hitches, so that suggests the devices will at least be competent. At the end of the day, the target audience isn’t power users. Most will simply use them for web browsing. However, it always pays to wait for reviews before you buy.