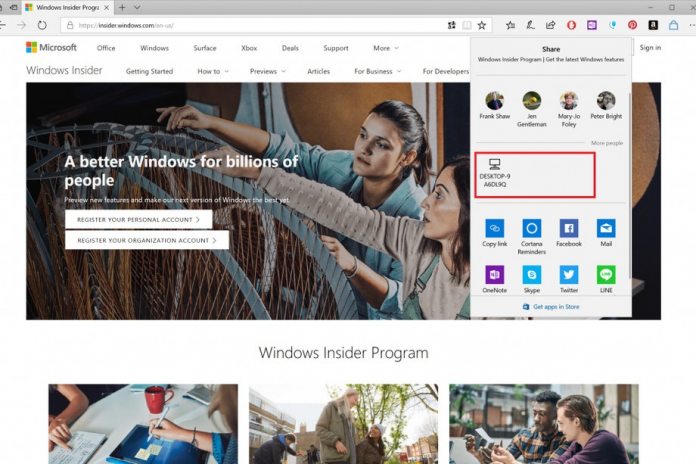 Microsoft has yet to officially release the next major update for Windows 10. However, we already know some features coming to the platform thanks to the Redstone 4 preview branch. Microsoft has been testing one ability that is like its own take on Apple’s AirDrop feature.

Redstone 4 has been passing through the Windows Insider Program for some time. First it was on the Skip Ahead feature but is now the main preview branch since the full launch of the Fall Creators Update.

Microsoft now runs Windows as a service, offering sporadic major update releases, with smaller patches and bug fixing in-between. Coming on the next release (due in spring 2018) is a feature called “Near Share”.

It is running in preview through Windows 10 build 17035, which was released to Insiders yesterday. The feature is designed to make sharing files a simpler process. With Near Share, users can pass documents and photos to nearby Windows 10 PCs through a Bluetooth connection.

The Near Share ability will be available in the notification center, or the main share setting on Windows 10. When a file or photo is shared, the recipient will receive a notification that content is being sent.

While this may have some practical use for everyday PC users, we guess the main function of Near Share will be as a business tool. It is easy to see how the feature could be valuable in a meeting or even an office.

Incidentally, Windows 10 preview build 17035 also added some other new abilities to the platform. For example, a new mute tab has been added to the Edge browser. This allows users to silence videos and audio ads that automatically play on some websites.

As mentioned, Redstone 4 has yet to be officially announced. That could mean many of these preview features are not the main goodies we can expect in the update. When Microsoft announces and names the release (Windows 10 uncreative name 3 maybe?) we should know more about what new features are coming. 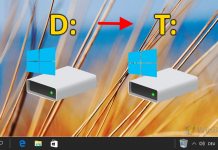