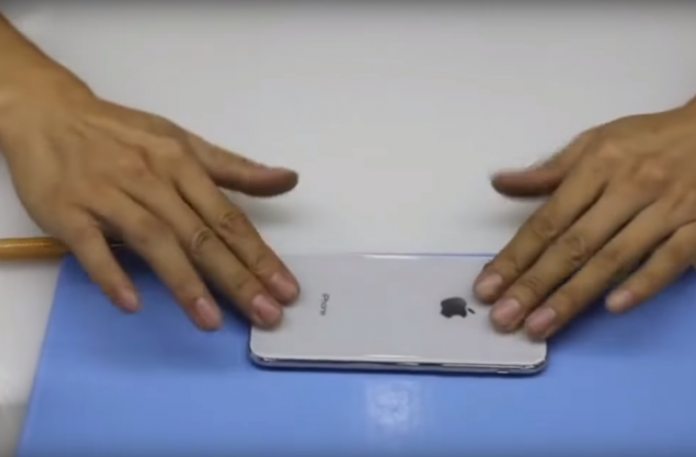 Apple’s iPhone X promises to be better than previous generations in almost every way, but the company has never been particularly repair-friendly. Now the phone has shipped to reviewers, we’ve had a chance to see the inside of the phone, and it has a few surprises.

Firstly, Apple has opted for a dual battery system in the iPhone X, as noted by both iFixit. However, is not to increase battery capacity, but to enable a more creative design. It totals 2,716 mAH, just more than the 8 Plus’ 2,691 mAH but far less than the Note 8.

That battery is a little harder to remove time, though no real struggle. Screen replacements will also be handled well, as it doesn’t require new Face ID hardware. Unfortunately, the same can’t be said for the glass back panel. If you smash it, every component will have to be removed and an entirely new chassis is required.

A Throwback to the Original iPhone

Due to the small form-factor, Apple has also had to fold the logic board in half, something that hasn’t been done since the original iPhone. iFixit notes, “The downside of this clever design is that board-level repair will be extremely difficult—near impossible in some cases.”

Despite these drawbacks, Apple has done well. The iPhone X is its most complicated devices yet but hasn’t taken huge hit to reparability. The company still continues with some questionable practices, but waterproofing should at least reduce the need complex work.