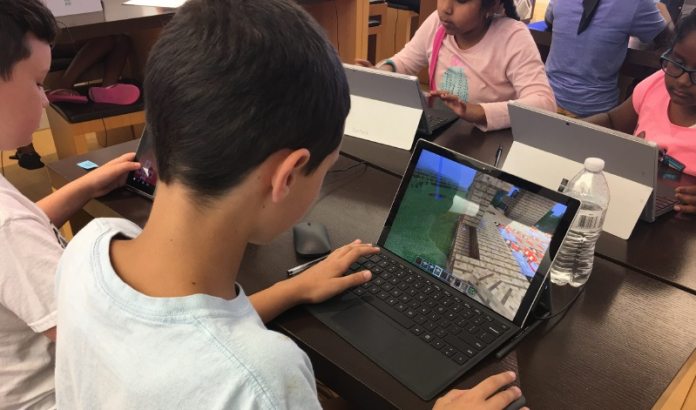 Microsoft has announced that several of its bricks and mortar Microsoft Store locations will host Minecon Earth viewing parties. The viewing parties will coincide with the annual Minecon event that will be held on November 18.

In its announcement, Microsoft says there are participating stores across the United States and Canada. These stores will live stream Minecon Earth and have interactive showcases regarding all things Minecraft.

Microsoft Stores will also be giving participants the chance to take part in costume contests, competitions, and gameplay.

A select few locations will have their viewing parties hosted by top Minecraft YouTubers, creators, and streamers.

Microsoft has detailed who will appearing at each store:

While there is plenty of action in Microsoft Stores, the company is not leaving other Minecraft fans out of the loop. The company will be hosting an online live-streaming Minecon Earth event. This stream is hosted by Will Arnett, the actor who this year voiced Batman in the Batman Lego Movie.

There will also be interactive events during this stream and will be available on Mixer and Twitch at 12 pm EST / 5 pm GMT on November 18th.