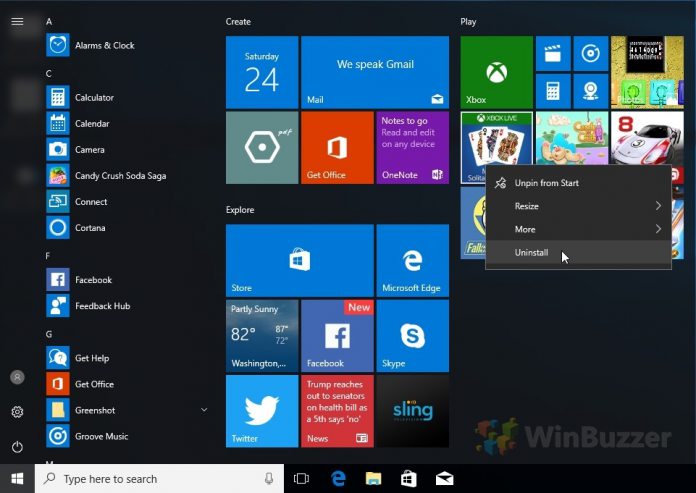 Microsoft’s plans to implement Progressive Web Apps (PWAs) into Windows 10 is picking up speed. In a report and interview, Thurrott spoke to the company’s Jeff Burtoft and Aaron Gustafson about integrations of PWAs on Windows PCs.

A Progressive Web App is a regular web page that can be used like a traditional or mobile application. The major takeaway from the report is that Microsoft will integrated PWAs for the first time in Redstone 4.

The company has recently launched the Fall Creators Update for Windows 10. Microsoft is now previewing Redstone 4, which will be launched a full major update to all users next spring. PWAs will come to Windows 10 with that release.

Burtoft and Gustafson confirmed Microsoft has been working on its PWAs plans behind the scenes for nearly 18 months.

“Google led the way with Progressive Web Apps, and after a long process, we decided that we needed to fully support it,” Microsoft’s Jeff Burtoft said. “We weren’t initially sure if it even made sense to align our strategy with theirs, to give it the same priority.”

While Google was directly working with PWAs, Microsoft was exploring avenues for creating a unified app experience. The company has been using developer bridges such as Project Centennial since 2015. These bridges allow developers to create an app that works across the Universal Windows Platform (UWP).

“Hosted Web Apps are UWP apps,” Burtoft said. “They’re built with web technologies, hosted on a web server, and run like a website. But they’re really UWPs that can run across Windows 10 PCs, phone, Xbox One, and even IoT. Developers gain access to all UWP APIs, just as they would with a new UWP app built in C# or C++. It’s an immense API layer.”

Google was already pursuing PWAs, which are arguably more intuitive as they deliver a more unified experience. However, Burtoft notes that both companies’ plans were relatively similar, at least in terms of what they were trying to achieve:

“Google had a similar strategy for web apps,” Burtoft noted. “But from a different angle. Where we were talking about getting web apps into our store, they were talking about browser apps that initially ran only inside of the Chrome browser on Android.”

Arguably the most interesting point is that Microsoft and Google are working together in a rare show of cross-company development. Microsoft has been working with Mountain View to deliver a single platform for developers to build apps that functions across platforms.

“We are providing the same support for PWAs in Windows 10 as Google does [in Android],” Burtoft said.