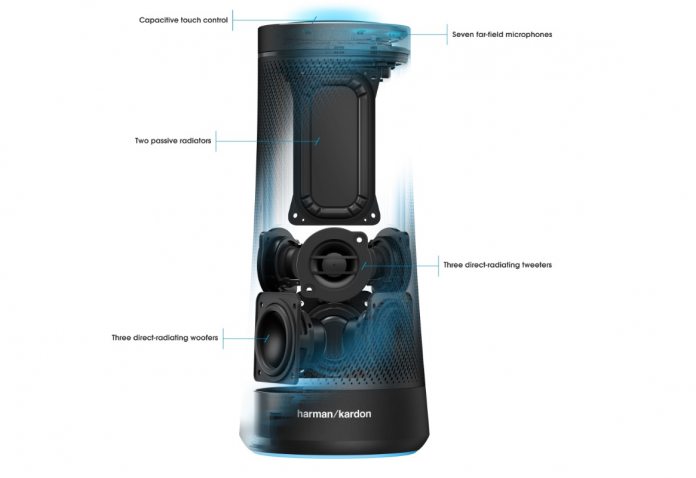 It’s been a long time in the making, but Microsoft is finally in the smart speaker game. The Harman Kardon Invoke, powered by Cortana, is now available from the Microsoft Store. Customers can get the device online or from bricks and mortar locations. The Invoke costs $199 and is competing against the Amazon Echo series and Google Home speakers.

Earlier in the month, we reported the launch of the Invoke would happen this week. While the smart speaker market is very niche, it is arguably important.

In August, former Microsoft Cortana employee Qi Lu claimed the company has lost the voice assistant war to Amazon. He believes the company, along with Apple and Google, missed the point of the technology by baking it into phones.

Well, while Amazon took the lead in making a dedicated device to act as a central smart home hub, others are entering the sector. The smart speaker market is nascent enough that Google (Home) and Microsoft (Harman Kardon Invoke) can compete. Indeed, this area is set to grow become important in coming years.

For the Invoke, Microsoft decided not to create its own Surface product. Instead the company provided the software power to renowned audio company Harman Kardon. The result is a cylindric device that features premium sound from three 1.75-inch woofers and three 0.5-inch.

Harmon Kardon promised true 360-drgree sound. Of course, while the ability to output good audio is important, a smart speaker is more about its ability to listen and control other devices. The Invoke gets 7 microphones with support for Harmon Kardon’s Sonique technology.

This, the company says, allows Cortana to listen from all directions and hear commands through background noise.

Microsoft’s voice assistant is an ever present on the Invoke, allowing users to connect to Windows 10, Android, or iOS devices. Cortana will set reminders, conduct web searches, play music, create to-do lists, and more. In terms of app support, TuneIn Radio and Spotify are among the heavy hitters supported.

It will be interesting to see if Microsoft can compete with Google, and especially Amazon, in terms of third-party support and functionality. At the moment, Microsoft is very much in launch mode. There are key partnerships already in place, but the company is promising more in the near future.

At the moment, Microsoft is very much in launch mode. There are key partnerships already in place, but the company is promising more in the near future.

Like rival units, Invoke can control smart home devices, smart lights, and thermostats in a home. This is all done through Cortana.