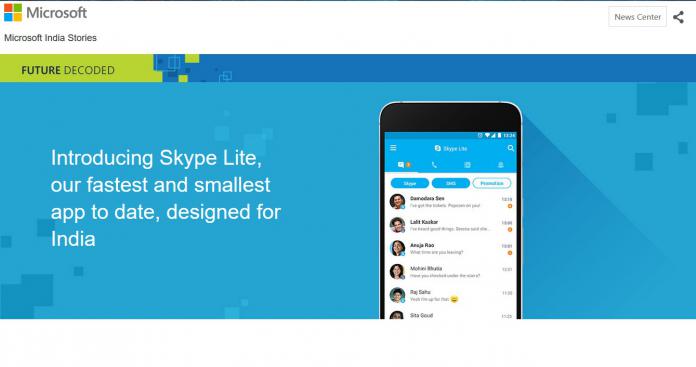 Microsoft’s India-specific Skype for everyone service, Skype Lite, is receiving an important feature bump. The company is adding one of the most requested abilities to the Android app. Users will now be able to make and take Group Video Calling sessions on the service.

This is a big win for users who already use Skype Lite and will probably entice many who were holding out. Group Video Calling is hardly revolutionary for those of use running the full fat Skype experience, but for Lite users it is a game-changing ability.

Like the experience on the full app, the Skype Lite version of Group Video Called lets anyone join a video or audio call for free.

Once a call is started, users can share the call link with contacts. This is not just limited to Microsoft contacts as links can be sent across WhatsApp, SMS, or Facebook Messenger. To make this clear, it is not necessary for the link recipients to have a Skype account.

Instead, they can join the group call by providing a name. A guest account will then be created, which will remain valid for 24 hours.

As well as the important Group Calling feature, Microsoft has also debuted its Ruuh AI chatbot. Indeed, the company says the bot is now available across all Skype products in India.

The Lite version of Skype was launched by Microsoft CEO Satya Nadella in February. Skype Lite is a smaller and lighter build of the regular communication service. Microsoft says it is friendlier in terms of data usage on calls and messages. This makes it viable for the low connection areas in India.

Skype Lite is only available on Android. This is sensible as iOS has virtually no market presence in India, and iPhone owners in the country are unlikely to be in low-connectivity areas.