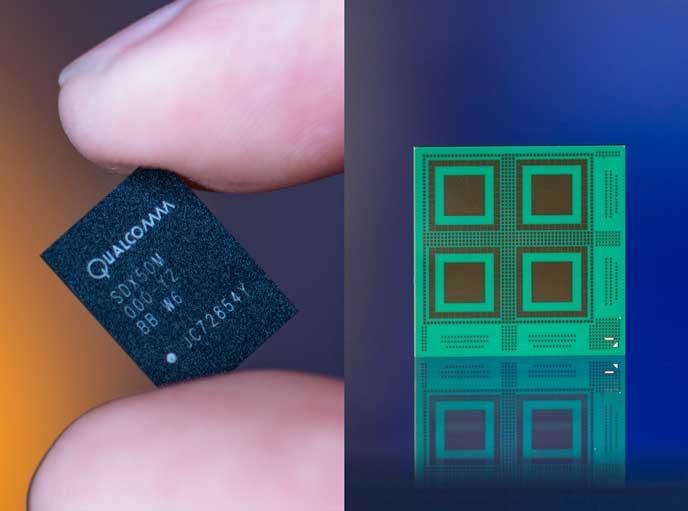 Qualcomm has announced the first successful 5G data connection on a single modem chip. The test produced gigabit speeds in a small form factor, beating out rivals like Intel and Huawei.

The chipmaker also showcased a smartphone reference design, with plans for commercial launch in early 2019. The design will help OEMs test and optimize 5G technology, utilizing spectrum bands above 24 GHz.

However, 5G is expected to offer better average speeds as well as top-speed. Thanks to better bandwidth efficiency, it should reduce congestion in busy areas, and will also come with reduced latency, better coverage, and more. It’s a breakthrough Amon has described as similar to electricity, and one of the most significant in the industry. It could allow implementation of interconnected driverless car systems, in-car productivity, and AR breakthroughs.

Despite this, Qualcomm’s domination is not a done deal. Though it reached the milestone first, it doesn’t necessarily mean it will provide the best service.

CCS Insight analyst Geoff Blabber told the Financial Times, “The industry likes to focus on the battle between Intel and Qualcomm but the reality is different. Intel faces a challenge in rivalling Qualcomm in modem technology but its real strength is in the data centre as 5G becomes a [computational] as much as a connectivity challenge.”

Whatever the case, the benefit for consumers will be huge. Coming to major cities in 2020, it could allow for the loading of HD and 4K video in mere seconds. Currently, though, it’s not clear what the cost will be to end users. With faster connections, overall usage will skyrocket, and consumers won’t be willing to pay today’s rate for that privilege.