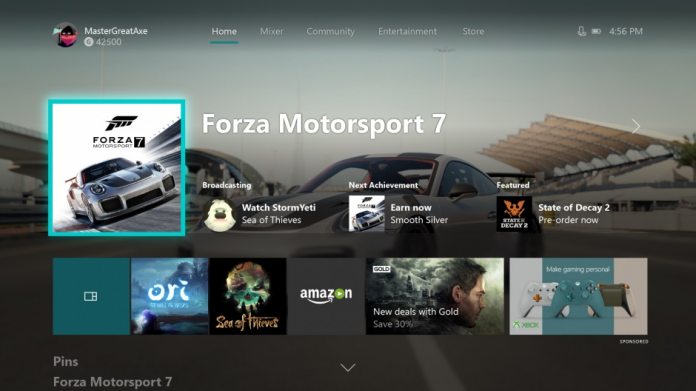 This is a feature update, although Microsoft does not like to call it that as Windows is now developed as a service. Either way, the Fall Update is big and loaded with new features.

Microsoft has revamped the Xbox One dashboard to add customization tools such as the release comes with Microsoft’s overhauled dashboard for the Xbox One. The company is calling on Fluent Design elements for the new aesthetic.

Fluent Design is a Windows 10-wide UI that offers smoother animations and a cleaner look. Microsoft has been tweaking Fluent Design over recent months. The core principles of Fluent Design are Material, Light, Scale, Depth and Motion.

Microsoft will make animations smoother on the console. However, as we always mention with Fluent Design, it is an in-development UI. That means Microsoft is evolving the design, so it is unclear which elements will drop with the Fall Update.

Xbox Avatars are also getting a revamp. While Xbox Avatars were a big part of Xbox 360, they’ve fallen into the background with Xbox One. Microsoft is looking to make them important again with notable new abilities.

The changes include more customization options, better integrations and a more dynamic look and feel.

Xbox One users will also see the Guide receive a significant overhaul. Swiping through menus makes the experience more intuitive, accessed via the bumpers on the Xbox One controller. Here are some other features coming to the Guide:

If you have received the Fall Update, let us know how it is treating you so far.