When you picture Twitter, long-form content doesn’t exactly come to mind. Though the social media site has tested a 240 character limit before, it remains 140 for now. Reading, then, is pretty quick, but the same can’t be said for videos and replies.

That’s where Twitter’s upcoming bookmarking feature will come in. ‘Save for Later’ will let users aggregate useful content in a separate feed. If for example, you see an external link or are collecting tweets on a certain topic, it could be useful.

Of course, the feature already exists somewhat in the form of Twitter’s ‘Like’ functionality. Anything you like is already put into a separate feed that you can view at any time. There are times, however, when you want to save things without showing public support. The only way to do that is to DM yourself, which is time-consuming.

So far, Save for Later simply does it in a private, fast way, but it’s still early days. The feature came out of Twitter’s Hack Week and was put together in seven days.

As such, Twitter Program Manager Jessica Shah is looking to work closely with the community.

“We want to build this WITH you all! So we need your help,” she said on Twitter. “We’ll be Tweeting to ask for feedback, and share our thinking as we compare designs, experiment, do research, and more.”

As a result of the new feature, Twitter will have to make some minor changes to its UI. The share via DM feature, which was previously front and center, will now be under a context menu. Joining it will be the new bookmark feature, creating a separate sub-menu for private sharing.

The changes will undoubtedly be welcomed by users, who have been requesting it for some time. The knock-on effect of less visual clutter is another good thing, though it does mean one extra tap is required.

Whatever the case, it will be interesting to see how the feature develops and its knock-on effect on the platform. You can follow Jessica and Tina on Twitter for updates and feedback. 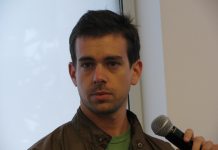