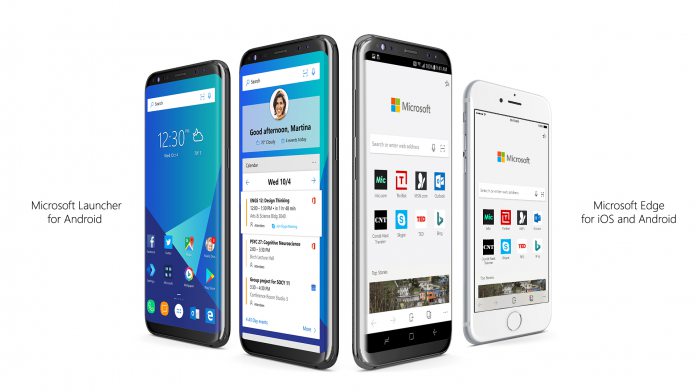 Microsoft’s services used to be fairly locked in and did not cross platforms. Changing technology and market climate has changed that, and the company must now play nice with rival ecosystems. The latest evidence is very significant as Microsoft Edge is making its way to iOS and Android in beta.

Of course, this is part of the company’s bid to make Windows function better in collaboration with iOS and Android. Microsoft Edge will prove a key tool in that pursuit. The browser app allows users to push pages from handset to PC, allowing work to be synced and continued across devices.

This is called “continue on PC” and is the core feature of Microsoft Edge on the rival platforms. Elsewhere, you will see a list of familiar browser features such history, reading lists, favorites and more.

Microsoft has naturally kept the UI design uniform, so users will be familiar with the Edge experience. However, a lack of tab syncing abilities is limiting as while you can push a webpage from mobile to PC, you cannot do the same for tabs or history.

This sort of limits that appeal of cross-platform sharing, but this is a beta app. We hope Microsoft is working on tab syncing and logic tells us the company surely is doing just that.

It is also interesting that Microsoft is really embracing openness and cross-platform use. This is evidenced in search engine choice. It would have been an obvious move it the company has limited search to just Bing on the Edge app.

However, Microsoft has opened the search doors and allows users to choose from Google and Yahoo.

Since Microsoft Edge debuted on Windows 10 nearly two years ago, Microsoft has been struggling. Chrome took control of the browser market as the company attempted to build its browser from the ground up. Edge has improved for sure, but also still has glaring deficiencies. Cross-platform support will only help spur development and bring in more users.