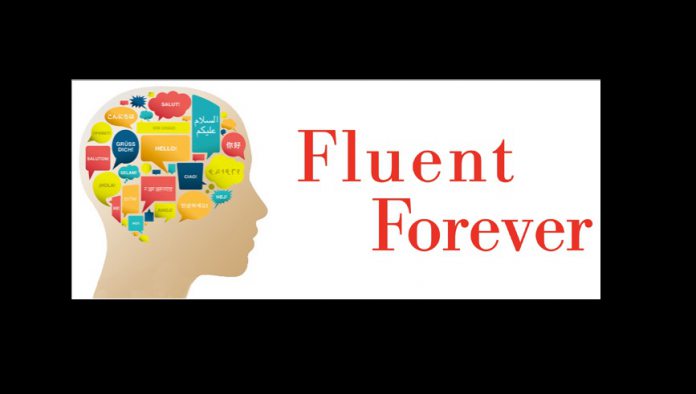 Most people would agree that learning a foreign language is tough. It is something most want to do, but time usually gets in the way. However, with a new method and app, learning that elusive second language may be a lot easier. A new app called Fluent Forever has broken records on Kickstarter.

Of course, crowdfunding has become a proven way to get interesting new projects the backing they need. Gabriel Wyner, an opera singer based in Chicago has developed a method for learning new languages and has folded it into app form.

Wyner is a polyglot and now the author and founder of Fluent Forever. The book company is already devoted to helping people learn a new language through modern techniques. Now, the company is expanding into applications.

As is common, Wyner left high school with little retention of the foreign languages he studied. So, he decided to learn German, which would aid his opera career. It took him a less than a year to become fluent and a seed for learning new tongues was born.

Over the next decade, he looked at the various tools and methods for learning new languages. However, Wyner believed he could refine these methods and using his own system he learned French in five months and Russian in ten.

Fluent Forever is now available as an app after Wyner initiated the most successful app-related Kickstarter in history. Published on September 19, he is looking to raise $250,000. So far, after a short 16 days, he has reached $130,000. That makes Fluent Design the most successful crowdfunding effort of its kind.

While many companies claim to have the tried and tested method for language acquisition, Wyner says his system exceeds them all.

“The process of looking at information and then making choices about how to store it: what text you include on your flashcards, what pictures you want to use. This process is one of the most powerful learning experiences you can create,” Gabriel explains on his Kickstarter page.

“Seeing this kind of support has been an intense combination of excitement and panic. I want this app to support every language that my readers are learning, and to do that, I need to raise substantially more – development estimates alone for that are around $600k – so I feel a heavy responsibility to do everything I can possibly do.” Gabriel said to The Next Web.