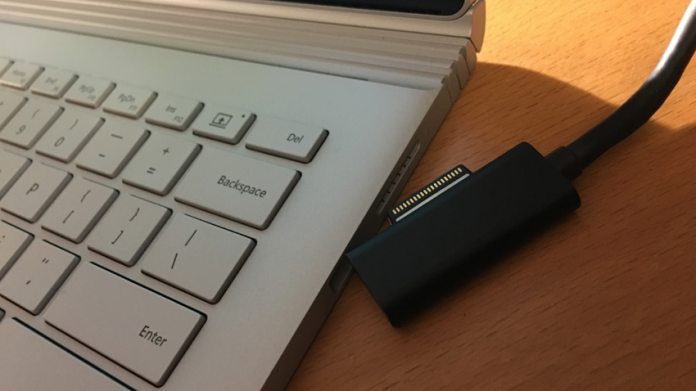 Back in May, Microsoft announced a USB Type-C Dongle for its Surface products. This has been a bone of controversy for Surface users as Microsoft did not have a USB Type-C port. Considering all major competitors have the connectivity, Microsoft has been slow to adapt. At Ignite 2017 today, the company said it will embrace the technology.

Speaking specifically about the USB Type-C dongle and said it is currently called the USB-C Docking Adapter. The peripheral will plug directly into the Surface Connect port and features a USB Type-C port on the other end.

Back when Microsoft announced the dongle in May, Surface head Panos Panay discussed Microsoft’s plans for USB Type-C:

“I love the technology in Type-C, I believe in Type-C. When Type-C is ready for our customers, to make it easy for them, we’ll be there.” Panos added, “If you love Type-C, it means you love dongles. We’re giving a dongle to people who love dongles.”

Information is still scarce, but it is probable that the adapter may only work with newer Surface devices. We are not sure which ones they will be, but we guess the Surface Pro, Surface Book, Surface Laptop, and maybe the Surface Pro 4.

Microsoft explained at Ignite it has avoided USB Type-C until now because there was too much fragmentation.

Back in July we reported on a Microsoft patent for a product called the Surface Connector. This accessory would work as an adapter for USB Type-C. It is unclear whether this is the Docker Adapter that Microsoft is discussing this week.

The device will carry the magnetic connection of the Surface Connector. However, these would also be some drawbacks if the patent is released as a product. For example, it will only support USB 2 speeds, which is a two-generation gap.