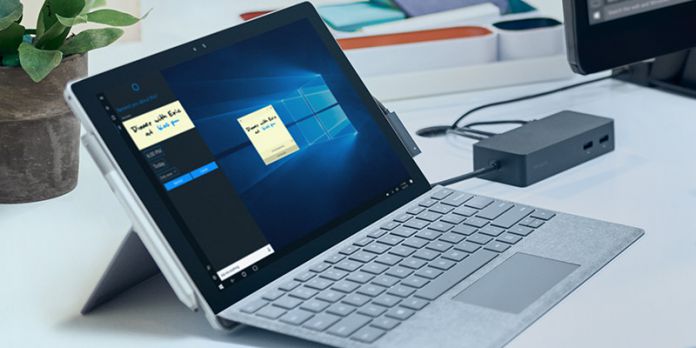 Microsoft announced the Surface product line five years ago. A lot has changed at Redmond since then, but remarkably Surface is still around and has survived. In celebratory mood, Microsoft has issued a video charting the history of the hardware division, from development to realization and success.

The video is below and is worth checking out. However, you should set some time aside as it will cost an hour of your time. Still, Tim Golik, Director of Program Management for Microsoft, walks us through Surface and its growth.

For example, he says the division is dedicated to innovation and engineering. Golik was speaking at Ignite, where he presented the video to attendees.

When launched, the division was part of former CEO Steve Ballmer’s plan to morph Microsoft into a hardware company. It was overly ambitious and pushed the company backwards. However, Ballmer arguably has the last laugh as Surface is now a success.

Still, the hardware division is not the driving force for Microsoft and instead can grow quietly while Azure and Windows serve as core businesses.

Certainly, many people laughed at Surface when it launched. Yes, the devices were well made, but they failed to make an impact and were powered by the poorly conceived Windows RT. Indeed, Microsoft was forced to write off around $1 billion in hardware inventory.

When Satya Nadella became CEO of Microsoft, it would have been easy to end the Surface line. Especially as the division does not fit into his cloud-first approach. However, at the time, devices were starting to sell well for Microsoft, there were market signs the company was moving in the right hardware direction.

While Surface sales have never been blockbuster, they have grown consistently. Microsoft created a hybrid market that has more viability in the long term than tablets. Surface, importantly, also serves as a reference line of products for OEMs. The division shows how Windows devices can match Apple in terms of aesthetic and performance.