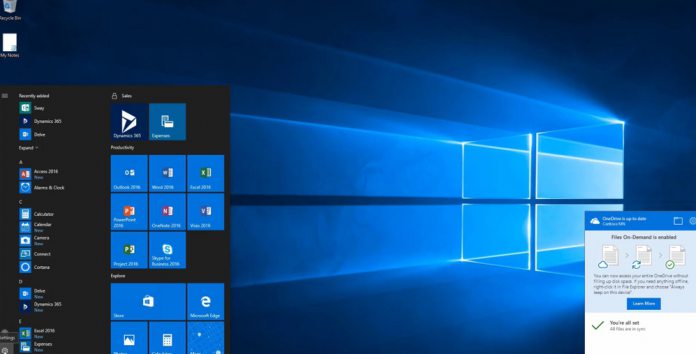 At Ignite 2017, Microsoft made some major announcements regarding its OneDrive cloud storage service. Users can expect plenty of new abilities to arrive on the service soon, including some that have been much anticipated for months.

For example, Files On-Demand has been oft requested by users for some time. Microsoft announced the feature back at Build 2017. After a long wait and much testing, the feature will be moving to general availability on October 17.

Yes, this is the date the Windows 10 Fall Creators Update. Files On-Demand will debut alongside the new Windows build. Files On-Demand is a service that lets users work with Office 365 files across OneDrive and SharePoint. More importantly, this is possible directly from the File Explorer, removing the need of downloading a file and using storage.

Over 270 different files types are preview-able, meaning users do not need to switch between applications.

Microsoft is also announcing a new UI for OneDrive web. The company says it is refreshing the design for the web version of OneDrive. Creating a cleaner and more efficient design was the focus of the redesign.

Along with an aesthetic bump, Microsoft has also added performance boosts to make the service more responsive. Among the changes is the ability to see new files and folders quickly. Additionally, users can see who has accessed the content click of a button through the new People Card and Info Pane.

“New Sharing UI: hey will bring their new sharing UI across Windows, Mac and Web. It will also be coming to Office 2016 over the next few months.

Zip file support: Finally, Microsoft has added zip file support in OneDrive. You can now open zip files in the web view to see what’s inside and choose the files you would like to extract.

Updated OneDrive mobile apps: Microsoft is bringing the same features described on the top to OneDrive mobile apps. Users can quickly see what content has been shared with others as well as being able to see who has accessed the files using this upcoming update.

External sharing without Microsoft account: Microsoft will be adding a new feature which will allow users to share files outside their organizations without the need for a Microsoft Service Account (MSA). They can create a one time use passcode to grant external users access to content.”