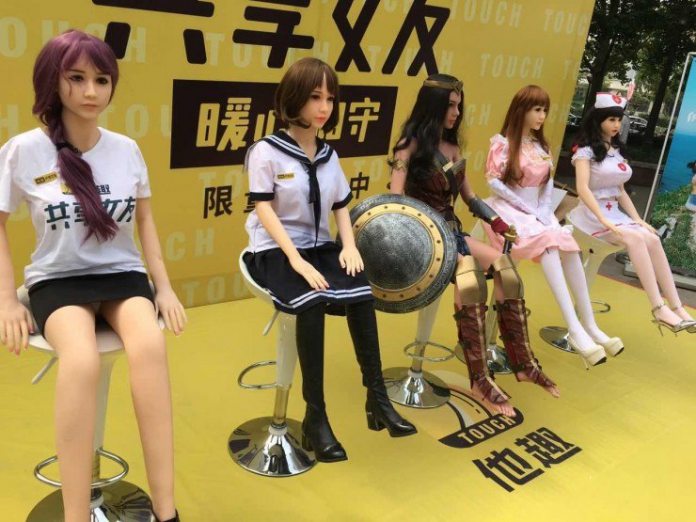 Last week, we took a break from Microsoft to report on something a little more lighthearted. Chinese company Ta Qu capitalized on the sharing market via rentable sex dolls, which were available through its app.

Unfortunately for interested parties, the service is no longer available. Police summoned Ta Qu staff members to a local station, where they were asked to remove the dolls from display. Police called the dolls ‘vulgar’, and the company has since issued an apology.

“We are sorry to announce that Touch will suspend the operation of its ‘girlfriend sharing’ service,” it said in a statement, adding that it “sincerely apologizes for the negative impact,” but holds that sex in itself is not vulgar.

The service operated for a total of two days and had ten dolls prepared for its trial. It’s offering includes life-like dolls whose genitals they can switch out for easy reuse. For that, users could pay $45 a day, or $200 for a week. The dolls included Greek, Korean, Russian, and US Wonder Woman variants.

Ultimately, however, customers will not receive their purchases but will be compensated with double their deposit amount. It’s not yet clear if this will effect Ta Qu’s other services, which include one-time sales of sex dolls and toys.

The company has vowed to pay more attention to its “social duty” in the future and promote a healthy sex life.