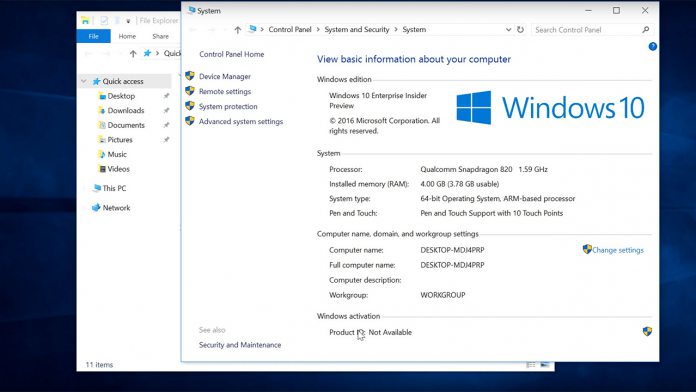 Despite rumors of delays, Windows 10 ARM looks set for a release this year. We’ve already seen references in some Insider builds, and now files have been spotted on Windows Update servers.

The discovery is thanks to users on the Digital Life forums, who noted several downloads for Windows 10 ARM64 build 16281.

Despite the files’ availability, you won’t be able to install them like a regular ISO. They utilize the Unified Update Platform, so users will have to combine all the files manually to create a proper release. There are already quite a few referencing ARM64, but here are the most notable ones:

From this, we gather availability for Windows 10 Professional, Enterprise, Cloud (S), and Education. You can view the complete list here, and find links to download each.

Unfortunately, those using existing Windows phones will be out of luck. Joe Belfiore has previously stated that Windows 10 ARM is a “desktop PC experience” and that the Lumia 950 will not have support.

Microsoft is, however, planning to launch specific Windows 10 ARM PCs late this year. They’ll utilize Qualcomm’s Snapdragon 835 processor, and will be some of the first ‘cellular PCs’.

Essentially, the ability to run x86 Windows apps on mobile processors should allow for a hybrid of phone and PC. Devices will have the battery life and cellular connectivity of mobile, with much of the performance and functionality of desktops.

Microsoft has already shown off some features, including the ability to use Edge, Photoshop, play games, and watch videos as normal. It could mark a huge change in personal computing and we can expect reveals of ARM devices from ASUS, HP, and Lenovo in the coming months.