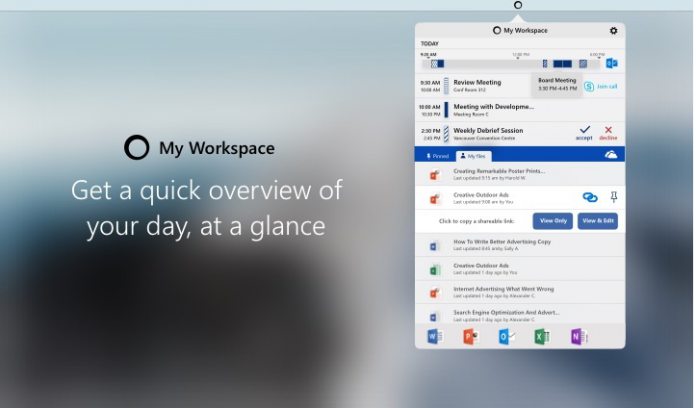 Microsoft Garage has expanded its list of available tools and features with the launch of My Workspace. The new project is designed for Office 365 users running Apple’s MacOS. My Workspace acts as a new toolbar for the productivity suite, bringing more easy access features to subscribers.

By using the toolbar, Office 365 users on Mac can access items such as calendar entries and documents. My Workspace sits in the toolbar area on Apple’s OS, providing a quick look at some key features. Among them is the ability to join a Skype meeting or to RSVP events.

Microsoft has taken inspiration from its OneNote service by adding a list of recently used files to My Workspace. This allows Office 365 subscribers to manage these files in the toolbar. For example, you can pin important files or open documents directly from the toolbar.

The app has been released today and is available for free. In its listing, Microsoft has named the following key features:

My Workspace is the latest effort from Microsoft Garage. This special division of the company lets employees work on projects outside of normal channels. These creations are not necessarily a part of Microsoft’s core services, but instead allow developers within the company to get more creative.

The skunkworks division of Microsoft has been an enormous success. An array of apps and services have been released, varying in usefulness and popularity.