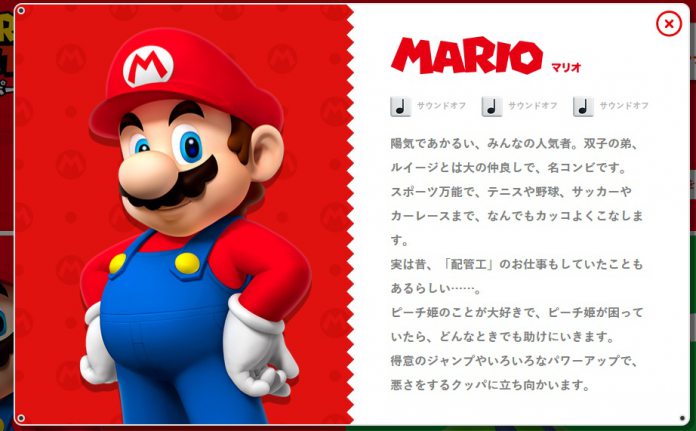 Mario is a brand juggernaut that often keeps Nintendo in the gaming fight. Not bad for what has always been a humble plumber. However, over the years, Mario has tried his hand at all kinds of activity. So much so, Nintendo has decided that the gaming icon is no longer a plumber.

Instead, the character is now a proverbial jack of all trades. Nintendo has updated the profile for its iconic mascot to reflect his versatility.

If we think about it, the Italian never did much plumbing. Sure, he liked going up and down pipes, but never really fixing anything. Instead he had a princess to save.

Over the years, Nintendo has put Mario to work in a number of different games. From Olympics, football, tennis, he has been a sporting hero. On the race track, Mario Kart has shown him to be a solid driver.

To reflect Mario’s ability to cross generations and game types, Nintendo has updated his profile. It now reads:

“All around sporty, whether it’s tennis or baseball, soccer or car racing, he [Mario] does everything cool. As a matter of fact, he also seems to have worked as a plumber a long time ago…”

While Mario became famous as a plumber, his creator says that was not always the case. Game designer, Shigeru Miyamoto, says the character was “basically a carpenter” when he was first introduced as Jumpman in 1981’s Donkey Kong.

Back then, it was Donkey Kong that led Nintendo’s hopes. However, Mario soon because the go-to franchise for the company. Since then, the character has been used in hundreds of titles across formats.

Interestingly, Mario is also able to keep Nintendo sailing when the rest of the company appears to be sinking. Poorly received consoles like the Wii U, N64 (personally, I loved it), and the GameCube were all kept afloat by the excellent Mario titles released on them.