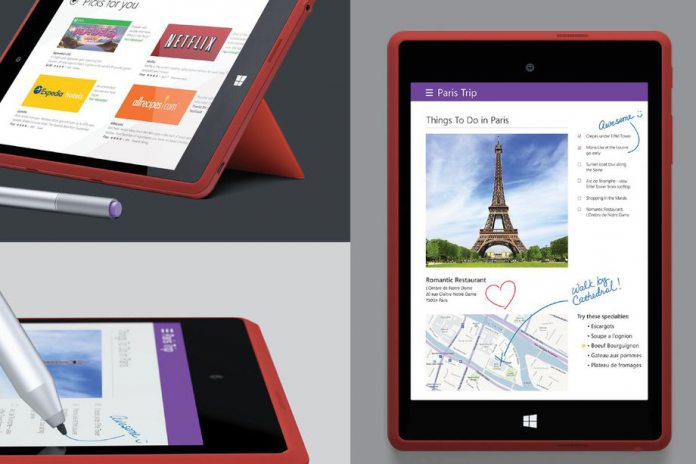 The Surface Mini was one of those Microsoft devices that was often rumoured, but never released. Sure, it never reached the mythic proportions of the Surface Phone, but it was an anticipated product. A couple of months ago, the Surface Mini was shown to be a genuine device. Today, we can take a look at its full specs.

A report published in June revealed that the Surface Mini was an actual thing. Not a rumoured device, but something Microsoft was working on. The company eventually decided to axe the device. Ironically, its termination came just as the Surface hardware brand was starting to take off.

Long-time tech tipster, Evan Blass, has today shed more light on the Mini. In a Twitter post, Blass listed the full specs for the device.

Some of the specs you can see below were already known. However, it is interesting that Microsoft would have sold the device with a 1GB and 2GB RAM configuration. As I mentioned at the time, the specs were fairly standard fare for a high-end small tablet at the time.

That’s arguably why Microsoft decided against releasing the Surface Mini. There was simply not enough to differentiate it from other tablets in the market. It is worth remembering that the market was awash with small Windows tablets back in 2014 (and indeed still is).

Tablets in general were also already in decline three years ago. We have seen Apple’s iPad tank in sales, and that remains the leading best-selling single tablet device. Perhaps Microsoft caught whiff of the ailing tablet market and decided to avoid getting more involved.

Moving to Hybrid and Away from Windows RT

Since then, the company has thrown its hardware behind the hybrid laptop market. This is one area that is growing and Surface sales have been impressive. It is hard to see where the Surface Mini would have fit into Microsoft’s plans.

There is also the not-so-small fact of Windows RT. Microsoft’s doomed version of Windows 8 was watered down and poorly received. With RT on board, the Surface Mini would have been hampered from the start.