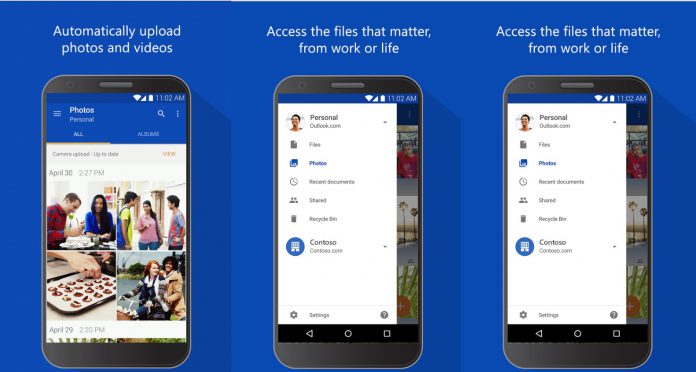 Microsoft is today rolling out a new update for its OneDrive cloud storage service. Specifically, the release covers the Android version of the tool. With this update, the company is adding several important new features to improve the experience on the app for Google’s mobile platform.

OneDrive users are getting some features that we have seen before on the Office Lens application. Among those additions are major changes to the scan ability.

With the updated scan feature, users will be able to crop and clean scans automatically. This is achieved by the Office Lens feature that was already in place on that app. By bringing its to OneDrive, Android device owners can improve the look of their scans.

Version 4.15 of the app also introduces new capabilities for the photo viewer. The features now has performance improvements. Microsoft says this will result in the fastest ever photo viewing experience on OneDrive.

Here is the changelog for the new update:

This year has been important for OneDrive as Microsoft launched Files on Demand for the service. The feature lets users work with Office 365 files across OneDrive and SharePoint. More importantly, this is possible directly from the File Explorer, removing the need of downloading a file and using storage.

Incidentally, Microsoft has recently updated the Office Lens app that OneDrive borrows off in this update.

The company brought what it called the top requested feature amongst users. The rest of us call it the ability to scan multiple images and save them to PDF, Word, and PowerPoint.