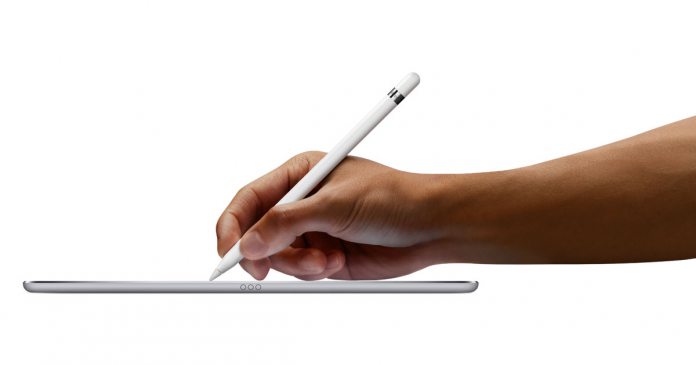 The Apple Pencil is a stylus-like device that works with the company’s iPad Pro. While the device is a rival to Microsoft’s Surface Pen, Apple has never shown a particular interest in bringing stylus tech to mobile. However, two patents filed by the company could one-day change that.

In terms of stylus availability on smartphones, only one company has successfully managed it. Samsung’s Galaxy Note range of handsets have been spectacular, with the S Pen a focal point. Samsung’s more-than-a-stylus device delivers true functionality.

Apple has never really chased this area, allowing Samsung to have the stylus-compatible smartphone market to itself. Recently published patents seem to suggest Cupertino is at least playing with the idea of making the Apple Pencil work on iPhone.

Patently Apple reports there are two filings that describe a stylus that works on iPhone and the iPad Pro. One of the patents focuses on “Noise Correction for a Stylus Touch Device,” and shows how the iPhone touchscreen could be made to support stylus input.

If you watch Apple patents, you may know the company had a similar patent in 2015 and 2016. However, this is the first time the company has specifically mentioned iPhone support in the filing.

Like with any patent, the question remains whether Apple will develop the device. Firstly, it is worth mentioning the Apple Pencil is a massive piece of kit and would look unwieldly on an iPhone.

If Apple has stylus aspirations, a smaller iPhone-specific Pencil would need to be made. That said, I am not entirely convinced Apple wants this market.

Sure, the Galaxy Note series has always sold well, but nowhere near iPhone or even Galaxy S numbers. The Note range has stayed niche, and the S Pen even more so. For all its tech wizardry, most Note owners would admit to not using the S Pen frequently.

The only potential reason for Apple to offer a stylus is for accessory revenue. The S Pen is free with the Galaxy Note, but Cupertino does not do free. An iPhone Apple Pencil would be a premium peripheral that many people would buy simply for the bitten fruit on its body.