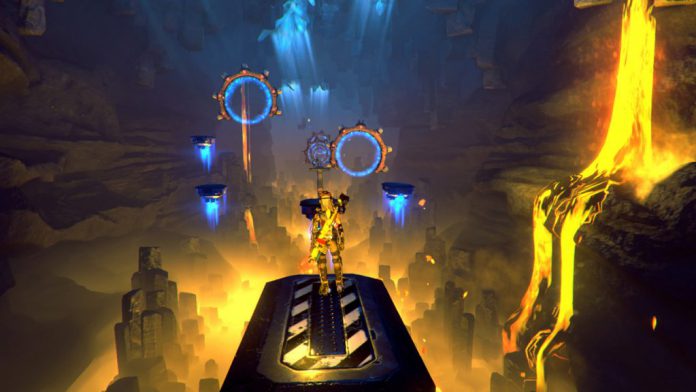 The Microsoft published ReCore launched to a very lackluster reception last year. Though it is a solid concept, the game has the hallmarks of a rushed launch – a lack of polish, performance issues, and missing content.

Thankfully, the game may have a second chance. ReCore: Definitive Edition is now available to pre-order on the Microsoft Store. The expansion will allegedly be free for current owners, and new players will get the whole game for just $20.

For that price, they should find a game that’s more complete. Here’s the description from the Microsoft Store:

“As one of the last remaining humans, forge friendships with courageous robotic companions and lead them on an epic adventure through a mysterious dynamic world. Includes the new ‘Eye of Obsidian’ adventure and ‘T8-NK’ Corebot frame.”

The T8-NK Corebot had many references in the base game but never made an appearance. This led players to believe developers simply didn’t have time to include it, and that’s now been remedied.

Assumedly, the disc will also contain all of the patches, which fix ReCore’s myriad of bugs and performance issues. In short, the release will finally give fans the game they were promised.

Despite this, it’s unclear how ReCore: Definitive Edition will work with the Xbox One X. As noticed by MSPowerUser, the box art only says ‘Enhanced for Xbox One X’ and ‘HDR’. It’s possible the game will run at 1080p 60fps instead.

Whatever the case, I’m glad Microsoft and the game’s developers are addressing the issues, even if it’s a little late. You can preorder the title from the Microsoft Store, but personally, I’d wait for reviews. It never hurts to be cautious, especially with ReCore’s history. The edition will release on August 29, 2017.