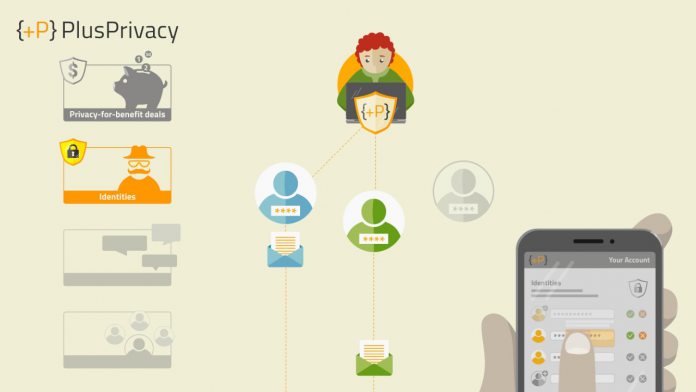 Protecting your privacy online has become increasingly difficult. From Facebook posts to the invisible trackers that sit on every web page, it’s hard to know where to start.

An EU funded app by the OPERANDO project hopes to address that. PlusPrivacy presents a single dashboard from which users can manage privacy settings for Facebook, Twitter, LinkedIn, and more. There’s even a one click option to quickly lock down all of your profiles.

The open-source app also allows you to set up email aliases that can be instantly wiped. When a sign-up form appears, PlusPrivacy will pop up asking if you’d like to use an email alias, enter the details for you, and forward to resulting confirmation to your primary address. It also blocks ads and trackers on web pages.

Selling Your Own Data

However, much more interesting is PlusPrivacy’s ability to let users choose to hand out data for ‘economic benefit’. In a Reddit thread, the company gave an example:

“A dating service waiving the first two months subscription fee if the user agrees to register using Facebook instead of email+password. This would give the dating service the ability to track and monetize the user using his Facebook data. The user would thus get an economic benefit for giving up some of his privacy, instead of giving it away for free as he does now. The user could refuse the offer and keep his privacy by registering with email+password and paying full subscription for the dating service.”

If the user decides against that, they can instead sign up with a regular email address, or an alias. Any replies would be sent in the reverse direction through the alias, effectively protecting the user’s identity.

“If PlusPrivacy were available and used by AshleyMadison subscribers at the time of the breach lives of the at least two people who committed suicide as a result of the breach would have been spared,” said a spokesperson. “Granted, the scheme is not robust enough to protect from committed government actors but in case of commercial services this is a very good privacy protection.”

PlusPrivacy is currently available in beta on Google Chrome, the App Store, and Google Play.