Microsoft’s acquisition of LinkedIn last year was quickly met with opposition from Salesforce, who tried to convince regulators to scrutinize the deal. It worried that the company’s access to a dataset of 450 million professionals would give it an unfair advantage.

Microsoft responded in part, saying that it plans to keep the data public and that they want to “make that data useful in lots of new ways.”

However, it recently became clear that Microsoft is preventing startups from accessing public profile data, and a U.S. judge has now ruled against the practice. San Fransisco’s District Judge Edward Chen has granted a preliminary injunction against Microsoft and ordered it to remove any prevention technologies within 24 hours.

The request was brought into the spotlight by start-up HiQ Labs, which uses the data to predict employee behaviors. LinkedIn sent the company a letter, ordering it to stop scraping its network with AI, and it responded with a legal challenge. However, the case could have ramifications beyond that, dictating the control social media companies have over publicly accessible data.

Naturally, LinkedIn isn’t happy with the decision and plans to fight it.

“We’re disappointed in the court’s ruling,” said spokeswoman Nicole Leverich. “This case is not over. We will continue to fight to protect our members’ ability to control the information they make available on LinkedIn.”

It’s a naturally polarizing issue. LinkedIn wants to protect the privacy of its users on its platform – with HiQ’s algorithms even predicting employees likelihood to quit.

HiQ, on the other hand, “believes that public data must remain public, and innovation on the internet should not be stifled by legal bullying or the anti-competitive hoarding of public data by a small group of powerful companies.”

Chen seems to agree with that statement somewhat, writing, “LinkedIn’s professed privacy concerns are somewhat undermined by the fact that LinkedIn allows other third parties to access user data without its members’ knowledge or consent”

The battle closely echoes the concerns of Salesforce a year ago, and no doubt the discussion will continue. 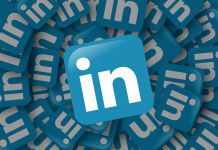