Microsoft is increasing revenue quarter on quarter and has a market of over $500 billion. However, according to a report from the Seattle Times, the company paid just $30 million in state and local taxes last year. This represents the smallest amount of tax the company has paid since it started reporting the figures (2003).

It is worth noting, this figure covers Microsoft’s tax obligations in the United States and not globally. The company says it paid less in 2016 due to deferring taxes on future incomes. Another contributor of lessening fiscal commitments was the downsizing of the Lumia smartphone division.

The Seattle Times argues the $30 million figure is a concern. It seems to imply that Microsoft is moving most of its infrastructure overseas.

US corporate tax rates site at 35%, suggesting Microsoft would pay more based on its revenues. However, it is clear much of the company’s taxable income is outside the U.S. Certainly, compared to the previous year, tax responsibility has declined.

For example, Microsoft has subsidiaries in Ireland, Singapore, and Puerto Rico. If these operations were brought into the U.S., the company would need to pay an additional $45 billion in taxes.

Bringing Companies back to the United States

There are also ways to save tax money within the United States. Microsoft bases its software licensing division in Reno, Nevada, where there are no corporate taxes.

Microsoft’s tax management is certainly not against the law, but it will likely bring political pressure. It will also increase President Donald Trump’s resolve to pursue corporate tax reform.

The President wants more companies to base and pay tax in the United States. He has mooted introducing a new 8% corporate tax rate to entice corporations. 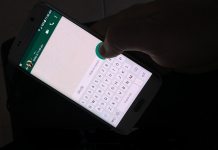