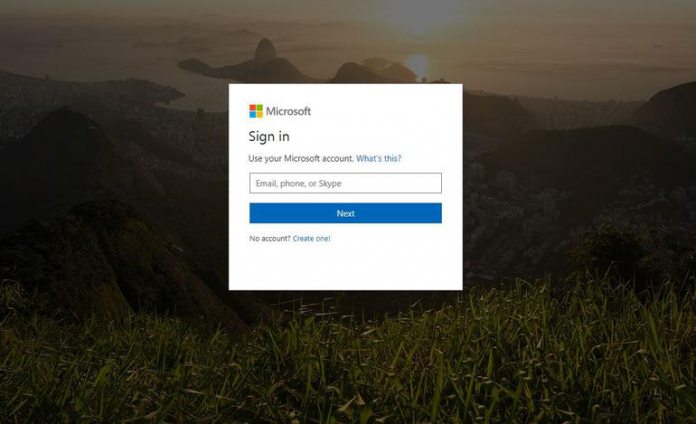 Microsoft is continuing its push towards merging Azure Active Directory (AD) and Microsoft Account (MSA) identity features. This was first unveiled in July and has been in testing since. Now, Microsoft says a new unified log-in experience is rolling out in public preview.

Whether using Azure AD or MSA, users will get the same log-in process. When Microsoft confirmed this testing last month, Chief Marketing Officer Chris Capossela showed how this feature will look. The finalized public preview matches the test design.

With the recent changes, Microsoft has redesigned both Azure AD and Microsoft Account sign-in screens. Importantly, the two separate services will get a consistent experience that looks and behaves the same. The company says this was necessary to avoid “jarring” switches between the services.

Microsoft has also split the Azure AD sign-in page. Now, customers seen a username form on a first screen and a credential (password) on a second screen. The company says its testing shows customers have a smoother log-in experience this way.

New forms can also be added to the Azure AD screens, such as certificate based authentication and phone sign-in.

You can check out the two-screen process in the shots above.

In its announcement, Microsoft admits the changes may take some time to get used to:

“We know that this will be a disruptive change for some of you, but we believe that this sets us up for an exciting future of innovation in the sign-in space. To give you time to prepare for the change, we’ll leave the new experience as an opt-in public preview for the next few weeks.”

After a near two-month public preview phase, Microsoft will fully launch the new system during the last week of September.

The company is using the preview period to give business customers time to adjust. There is currently a banner greeting organizations, giving them the option to opt-in to the new experience.