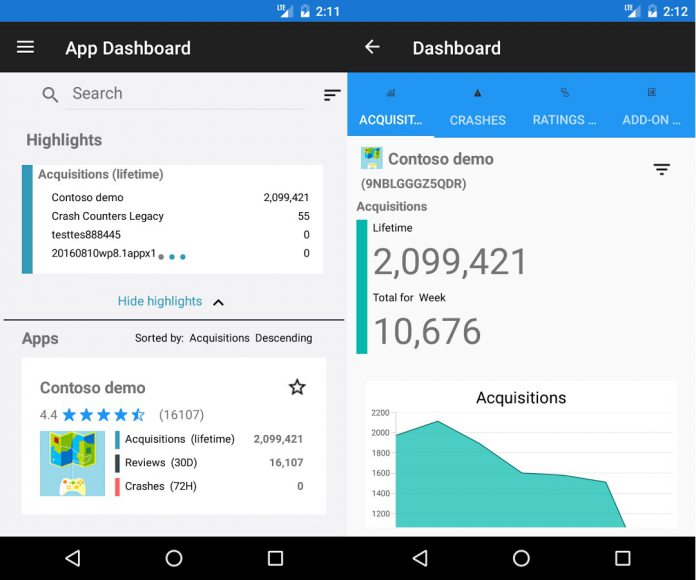 Microsoft is spreading the wings of the Windows Dev Center. The service allows developers to manage their applications and has been a mainstay on Windows 10. Microsoft has now launched the application on Android, bringing the Dev Center to a rival platform for the first time.

Until now, the Windows 10 app monitoring tool has been exclusive to the Windows Store. However, starting today, Android users can download the Dev Center on their devices.

At the moment, the app is in beta release on the Google Play Store. As you would expect in this situation, the app is hardly a polished experience. It is a work in progress which will be improved with the help of beta users.

Because it is a preview application, it is listed as unreleased. Not all normal Dev Center features are available, but the following have already been added:

While this is a beta release, it gets most of the core Dev Center features. For example, users can create personalized dashboards to track performance and health data from applications on the Windows Store.

Among the data metrics are revenue, crash reports, acquisition, and customer demographics and OS details. With crash data, you can investigate reports and fix issues within your app.