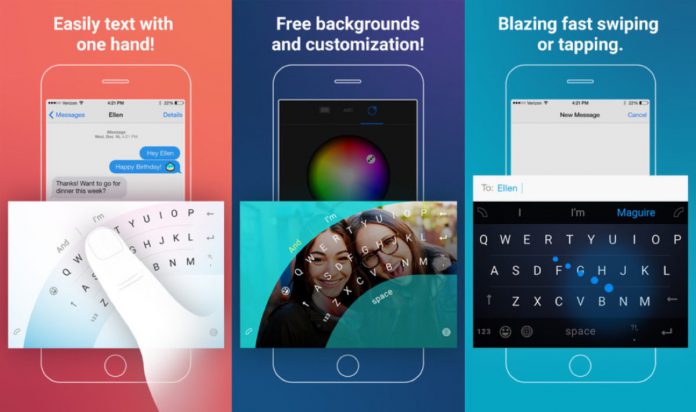 We have been big fans of Microsoft’s Word Flow keyboard. The virtual deck was originally designed for Windows Phone and then migrated to Apple’s iOS platform. However, just a year after introducing Word Flow to iOS, Microsoft has decided to pull the plug.

Instead, the company is pointing users in the direction of SwiftKey, its other (also excellent) virtual keyboard.

Microsoft is putting an interesting spin on the demise of Word Flow on iOS. In a support note on the Microsoft Garage page, the company says the “Word Flow experiment is now complete”. Users are then pointed towards SwiftKey.

The company is certainly not killing Word Flow because of a lack of quality. As mentioned, the virtual pad was very good, with features such as one-hand typing. Originally launched alongside Windows Phone 8.1, the keyboard features an arc mode layout, which makes tapping away with one hand easy.

Another interesting feature was intelligent dictionary, which takes words you type and learns them for future use.

It is clear Microsoft wants to consolidate its keyboard offerings on mobile platforms. It was inevitable that SwiftKey would be the service of choice, although we expect any Word Flow features unavailable on SwiftKey to be implemented in the future.

Microsoft acquired SwiftKey in February last year, taking over one of the most popular third-party keyboards on the mobile market.

Since then, the company has made several important changes to the platform. Probably the most significant was the decision to make the keyboard completely free. The core experience was always free, but some features were hidden behind a paywall.

Microsoft removed the paywall. Considering the premium version only offered themed keyboards, it was a good decision to make it entirely free.

The company returned to SwiftKey on iOS with its only real new changes since Microsoft bought the app. An update for the keyboard introduced haptic feedback, 3D Touch support, and a new Emoji prediction panel.