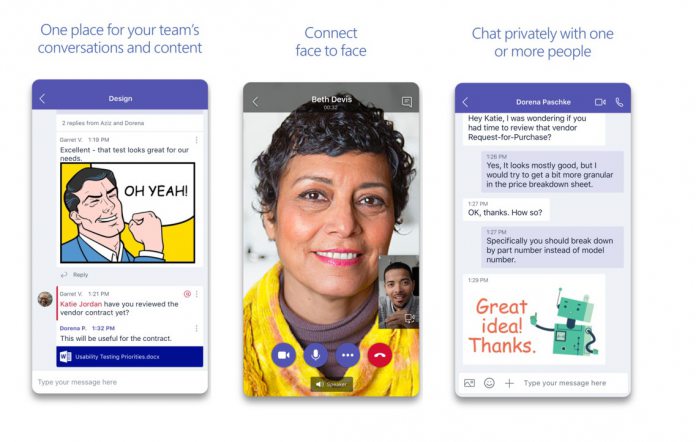 For organizations who like to conduct chats in the highest quality, Microsoft has an update for that.  Microsoft Teams is getting a new update for iOS users today. The workplace chat solution is receiving a couple of important new features.

Version 1.0.16 of Microsoft Teams introduces the ability to conduct HD audio and video calls. As mentioned, this update is for Apple’s idevices. However, Android users are certainly not left out as they received the update a day before iOS.

Microsoft’s changelog only mentions the HD calling capabilities, but there is more to discuss. For example, there is a new Meetings tab that sits in the bottom of the navigation bar. With this tab, users can view all scheduled meetings, change details and join or leave meetings from their iOS device.

It is worth noting while meetings can be managed on the move after this release, they still cannot be created on mobile. Other than those notable changes, Microsoft also carried out the usual bug fixes and performance enhancements.

Since introducing Microsoft Teams in preview last year, and launching the service globally in March, Microsoft has been periodically updating the platform. It is now more feature rich and the company has typically kept iOS and Android versions on a par with each other.

Earlier this month, Microsoft updated Teams across the two platforms with several new features. Among the new additions was support for file sharing from third-party cloud storage providers. The company also added the ability to share and upload files in chats. Additionally, a couple of new languages were supported.

Sadly, while Microsoft has maintained consistent upgrades to Teams on iOS and Android, the same cannot be said for Windows 10 Mobile. While Windows 10 PC on Office 365 is the flagship, Microsoft is lagging with Teams on mobile.

For example, the service has not scored the HD calling capabilities on Windows 10 Mobile. Of course, this is hardly a surprise these days, but we will never stop pointing out how Microsoft’s own platform is very much an afterthought.