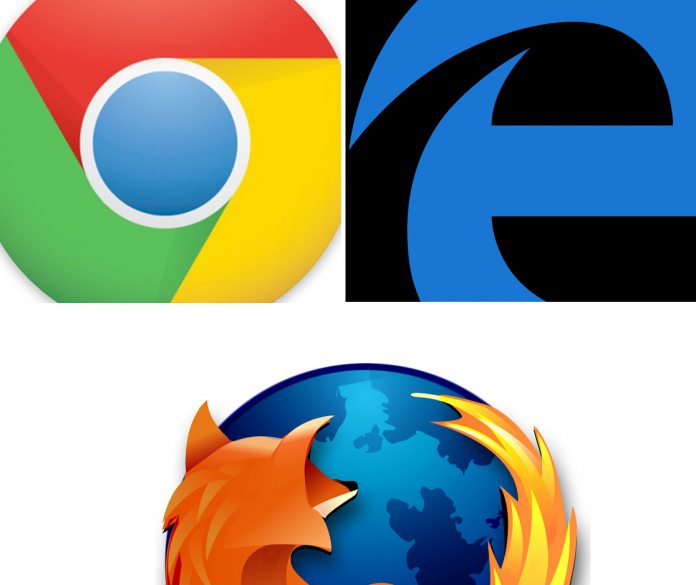 Google’s Chrome has won the browser war, and that is unlikely to change. That’s the view of Andreas Gal, the former CTO of Firefox developer Mozilla. Firefox and Microsoft Internet Explorer (and more recently Edge) have been Chrome’s main competitors. However, since topping the market last year, Chrome has built a huge lead.

More importantly, it appears that market position is unlikely to be caught. At least not by Mozilla. Gal does not discuss the merits of Microsoft Edge and its ability to catch Chrome, but he says Firefox is declining and it could be terminal.

After readers pointed out the unreliability of StatCounter data as a definitive look at the market, Gal delved deeper and found comparable results which he published on GitHub.

Gal also considered Active Daily Installs (ADIs). Interestingly, these have always been public, but Mozilla has put them behind a login wall in the last few days.

Either way, the data shows the high point of ADI over the last week was 80 million users and the low was around 53 million users. ADI numbers can swing dramatically as many installs (from work users) are off on weekends.

Mobile is one area where Google has been able to make major gains. Firefox has a mobile presence, but market share is small enough that Mozilla does not even release usage data. Microsoft, on the other hand, does not have a proper cross-platform web browser.

As is usually the case with data, it is open to interpretation. Certainly, Gal’s research has been questioned by commentators on his own blog. However, the fact remains that Google has managed to carve a substantial market lead. Although, there is in argument whether that means Mountain View has won the browser war outright.

The real question is why Chrome has become so popular and Firefox has seemingly declined? Microsoft’s market slip is easily explained. Internet Explorer was put out to pasture and Edge was developed from the ground up. Indeed, the Windows 10 browser can be thought of as an in-progress service nearly two years after launch.

The browser war is not necessarily about which is the best browser. We could argue that all the major offerings are equal in terms of performance for the casual user. Certainly, differences in security and features could be described as incrementally different across browsers. Firefox and Chrome are more customizable, but why has Chrome been able to carve out a big market lead?

Recently, Mozilla engineer Chris Lord posted the following set of Firefox screenshots. A quick glance shows the point Lord was making. Google is aggressively marketing Chrome and can do so within other browsers because of its large reach across the internet. The company is leveraging its various hugely popular services (Gmail, YouTube, Drive, Search, etc.) to ram home the fact that users can integrate these services with Chrome, and that the browser is just better.

Both those marketing assertions are arguable, but the results are obvious. Google has access to free marketing on some of the most popular internet services.

Any browser growth (whether for Microsoft, Mozilla, or Google) is not going to come organically. The desktop market has ground to a halt and is declining. The only way to get new users on a browser is to poach them from other users. Google is adept at doing this and has the platforms to pull it off.

Microsoft, too, has major services (Office, Windows) and Edge’s growth will surely depend on how well Redmond can market the browser on those services. Mozilla lacks these kinds of free marketing platforms.

Gal points out that this free advertising has had a dramatic affect for Google. While he argues Firefox has improved and is still the best browser, Google’s “monopoly position” allows it to grow and send Firefox into decline:

“Firefox’s decline is not an engineering problem. It’s a market disruption (Desktop to Mobile shift) and monopoly problem. There are no engineering solutions to these market problems. The only way to escape this is to pivot to a different market (Firefox OS tried to pivot Mozilla into mobile), or create a new market. The latter is what Brendan’s Brave is all about: be the browser for a better less ad infested Web instead of a traditional Desktop browser.”

As mentioned, Microsoft knows Edge is a work in progress. The company is growing the browser and making it more competitive against Chrome and Firefox in terms of features, performance, and security. However, is it too late for Microsoft to stop Chrome from running away with the market, much like Google did with search?

One of the most interesting aspects of the so-called browser war is that Google used a perfect window to take the market. Microsoft arguably took too long to move away from IE. As Edge was launched, Internet Explorer was the market leader, as it had been for over a decade.

However, Edge meant IE was now an outdated browser, obsolete to users on the newest Windows builds. Google used that space Microsoft created in the market to snatch first place. Yes, Chrome’s trajectory meant it was going to happen anyway, but there is a solid argument to suggest Microsoft opened the door.

Even Homeland Security Thinks You Should Update Firefox