Microsoft has announced a big update for OneDrive and now the OneDrive version history feature supports all file types. Contrary to what applied before, users can now see and restore older versions of all file types in their OneDrive.

Up until now, the OneDrive version history feature allowed users to only see and restore older versions of their Office documents. That changes thanks to this important, highly-requested update which brings support for all kinds of files.

Microsoft has started rolling out the feature and will reach all users by the end of the summer. Moreover, the company explains that the OneDrive version history is only available online for the time being, and will keep older versions of files for 30 days.

This is the second important update Microsoft has announced for OneDrive in the last weeks. Recently, the company rolled out OneDrive files on-demand to Office Insiders. This allows users to access their online documents from the file explorer.

Getting started with OneDrive version history

The OneDrive version history has been around for quite some time now. However, users have been asking for universal file support for a long time and now their wish is true.

In order to get started with the feature, you should first open OneDrive in your browser. Since the feature is currently only available online, you won’t be able to access it through the app.

After OneDrive is open in your browser, navigate to the file in question, right-click, and choose “Version history”. A “Version history” pane will appear, which will show all of the versions of that file.

Whether it is an Office document, a PDF, a CAD, a photo, or a video, you will be able to see all of its previous versions.

To restore the version you want, just right-click on it and choose “Restore”. This will replace the current file version with the one you’ve chosen. If you want to make sure that’s the right version, you can right-click, choose “Open File” and view it or even download it.

Windows 10 File History: How to Enable and Use File Versioning to Protect Your Documents 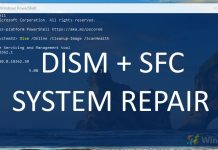 How to Use DISM and SFC Scannow, Windows 10’s Native Repair Tools 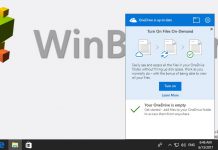 How to Use OneDrive Files On-Demand on Windows 10