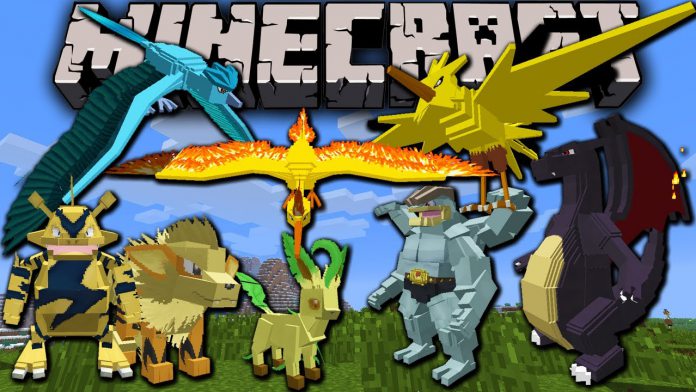 Microsoft and Minecraft developer Mojang do an excellent job at updating and bringing new additions to the game. Many skin packs evoke famous characters, such as the Power Rangers and Mario. However, for other non-official skins, mods are the way to go.

One of the most popular in recent times has been a Pokémon mod for Minecraft. Now, the company behind that modification has said it is pulling the plug. Pixelmon says that it is ending development of Pokémon on Minecraft due to a request from The Pokémon Company.

The Pokémon Company is the owner of the hugely successful franchise. A subsidiary of Nintendo, the company oversees everything to do with the series. Pixelmon says it has decided to pull away from Minecraft after the request.

“We have had a great time making this mod and creating such a wonderful community but after a request from the Pokémon company we will be shutting our doors,” reads the post.

“I’m sorry for the disappointment this will cause but let’s remember all the great times we had playing Pixelmon, discussing Pokémon, making awesome things inside this mod and everything else that we’ve done.”

Of course, it seems obvious that ‘the request’ means a little more than The Pokémon Company asking Pixelmon to stop development. We guess a request was really a legal threat.

Either way, the popular mod has gone. That’s going to be a shame for many Minecraft users as it was a very good modification. It let gamers capture and use Pokémon within the all-conquering sandbox building and crafting game.

The only confusion is why The Pokémon Company is waiting until now to issue its request. The Pixelmon mod has been running on Minecraft for years, and it has never been targeted before.

Perhaps the company has struck a deal with Microsoft to bring an official Pokémon skin pack to the game? That would certainly explain why The Pokémon Company is clearing a patch now. Interestingly, the Japanese company has teased some big news for later this week.

We guess it’s a case of watch this space.