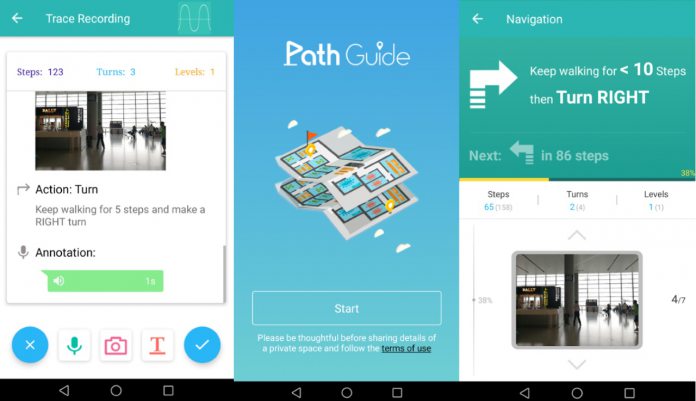 Two months after appearing in the Play Store, the Microsoft indoor navigation app Path Guide has been officially released. Microsoft has announced the application created by Microsoft Research which offers indoor guides to several destinations.

Once a user goes to an indoor location using the app, their path is saved for everyone to follow. As more users collect data with the Microsoft indoor navigation service, the app offers different paths.

Path Guide is completely plug-and-play, meaning any two users in any building can use indoor navigation from scratch. In addition, Path Guide combines data from multiple users, which means the app can amplify the benefits of every single collected path.

Here is how it works, according to Microsoft:

You can get Path Guide for Android at the Play Store or directly download it from Microsoft’s website.

The indoor navigation system lets users also save a specific path. Path Guide can trace a route and save it for later. For example, in an unfamiliar area, you can record a trace and follow it in reverse later.

Another Path Guide feature is support for annotations during the recording of a trace. Users can add text, audio, and pictures along with a path, providing more information and interactivity.

Moreover, users can view and share all traces uploaded to the Path Guide cloud from a web browser. For example, shop owners can post wayfinding instructions on their own websites.