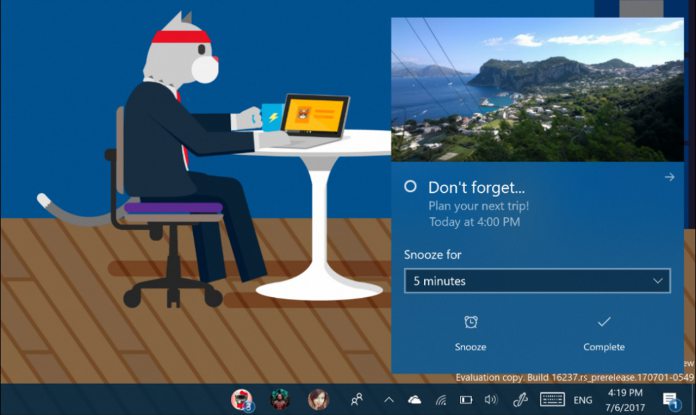 Microsoft has released the Windows 10 Insider Preview Build 16237 to the Fast Ring. This latest update brings several improvements to the user experience, including two read aloud features for Microsoft Edge.

As always, this Preview Build adds improvements based on the feedback sent by users to Microsoft. For example, if you click Share in Microsoft Edge the Share UI will now match the Microsoft Edge theme if it is different from the rest of the system.

Additionally, when you add a favorite, you will get a delightful animation now that indicates where users can find their most important websites in the future.

Windows 10 Insider Preview Build 16237 brings important changes to the Windows Shell as well. If you have a high DPI display and change the display scaling value in any way most desktop apps become blurry.

However, this build changes the way that Windows provides DPI-related information to these applications. So, each time one of these applications starts, they’ll get updated data from Windows and will launch properly.

Microsoft notes that this won’t work for all desktop apps and it doesn’t apply to UWP apps. This fix only helps apps that become blurry after a change to the display scale factor of the main/primary display.

Moreover, this Preview Build 16237 improves the Task Manager, the Hyper-V functionality on Windows 10, updates the Game Mode icon, and adds lots of input improvements. For the complete list of additions and fixes, check Microsoft’s blog post.