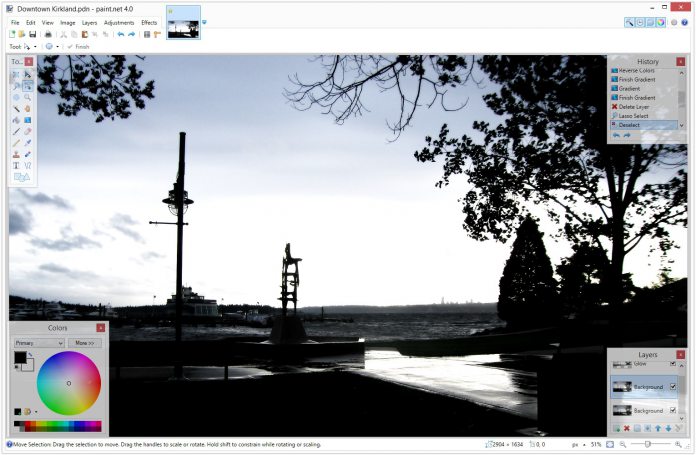 Microsoft’s Universal Windows Platform (UWP) and Win32 porting plans are taking shape. We have seen a steady stream of apps converted to the Windows Store using the Desktop Bridge. Another soon to make the journey from Win32 to the Store will be Paint.NET.

The developer behind the popular application says he has plans to bring the app to the Windows Store. Asked directly if that was his plan during a Paint.NET forum discussion, creator Rick Brewster said:

“It’s at the top of my list. I’m going to release a 4.0.17 update and then focus just on pushing to Windows Store.”

Paint.NET is a free image editing tool for the Windows platform. What it lacks in aesthetic and sophistication, it makes up for with a myriad of features. Its usefulness has made it a popular choice for image editing.

Sure, Microsoft’s own Paint does some solid image editing work, but .NET extends the feature set and is more powerful as a result. Paint.NET is a bit of a legacy favorite too, considering it first launched back in 2004.

Brewster is clearly prioritizing bring the app to the Windows Store, but he has not set a timeframe. That means for the time being we must keep using the desktop version.

Microsoft’s Desktop App Converter is aiming to address one of the biggest problems facing Windows 10, a lack of apps.

By using the desktop bridge, developers can convert their Win32 apps into Windows Store applications. This is important as it removes all the difficult coding and allow dev’s to port their app across the Windows 10 ecosystem.

Apps in the Windows Store through conversion can fall under the UWP idea. This means the same app works universally across Windows 10, including on Mobile and PC.