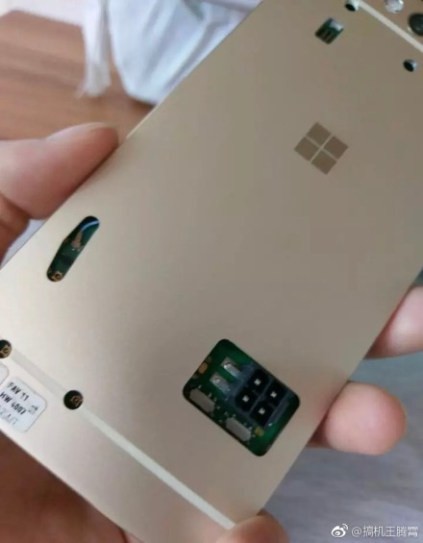 CPMicrosoft may have sold off the Nokia brand entirely, but that hasn’t stopped old prototypes from emerging.  Last month, images of the company’s axed Lumia 960 flagship began to surface, and now we’ve been treated to more.

The source this time is Chinese website Weibo, and it shows not just the design but a little peek at the components.

Known internally as Northstar, the Lumia 960 was going to be Microsoft’s flagship Windows 10 Mobile device. Naturally, it never made it to market, but a bit of digging last February gave an idea of the specs.

Bechmarks under the model number RM-1162 were spotted on GFXBench, but the leaks today clarify some details:

Combining the earlier leaks with these ones, we now have a very solid idea what the device would look like. The only thing missing is that 2K screen, but its unlikely any working models exist. It’s a fairly nice looking phone, if not a little different to Microsoft’s other Lumia models.

In the end, it was abandoned in favor of third party flagships. The HP Elite x3 and IDOL 4S launched into the Windows 10 market with very little compeition, and Microsoft’s current offering has just about kept its mobile OS alive.