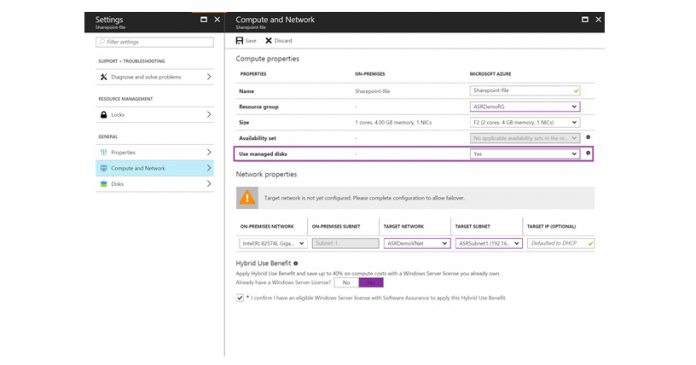 Microsoft has issued an important update for Azure Site Recovery (ASR). The service now supports managed disks, which allows customers to attach disks to machines during migration to Azure. This release is an evolution of managed disks support, after it first came to Azure cloud in February.

Introducing this support to Azure Site Recovery allows for simpler disk management for Azure IaaS virtual machines. Microsoft points out that this removes problems with managing storage for machines after failover.

The company points to other considerations for using this additional support:

“As you move production applications to the cloud, Azure natively provides you the high availability and reliability that your mission critical workloads need. However, compliance requirements such as ISO 27001 still require that you have a provable disaster recovery solution in place as part of a business continuity plan (BCP). The set of features that we are announcing today for Azure IaaS fill this important need.”