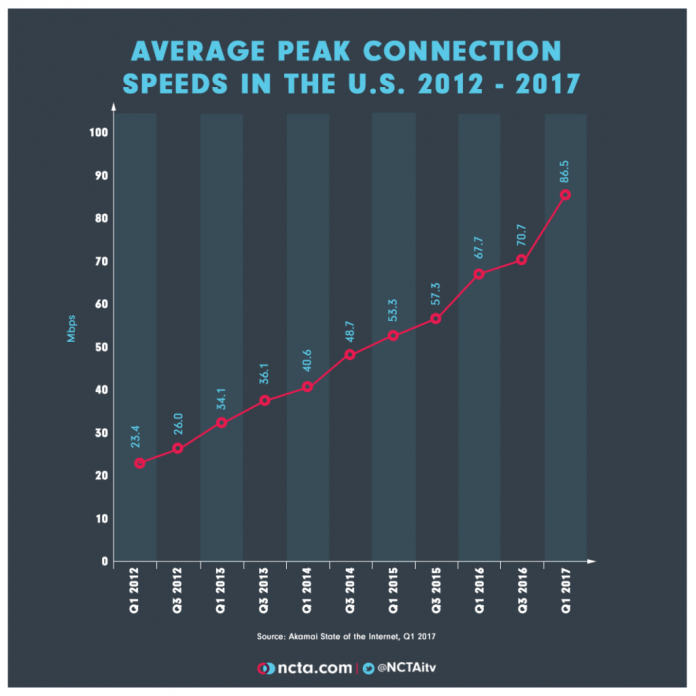 The US’ current net neutrality rules have always been seen as a big win for consumers, but the cable lobby has maintained the idea that it harms investment and raises costs. Today, it seems to have directly contradicted that.

In a blog post titled ‘America’s internet speeds continue to soar’, the National Internet & Television Association reported improvements across the board.

“On a number of key metrics, the Internet in the United States took a huge leap forward compared to other countries,” said the organization. “The US is now in the top 10 countries for adoption of Internet speeds over 15 and 25Mbps as well as the top 10 for overall average speed.”

This data comes from Akamai’s recent State of the Internet report, which reveals an average speed increase of 63 Mbps over five years. NCTA’s twitter account then claimed that the cost per megabit has fallen ninety percent over the last ten years.

It’s a common contradiction from the lobbier, and a closer look at the data reveals an even more damning picture. Despite the repeal of net neutrality rules from 2014-2015, the average peak speed seems to be accelerating at a steady rate. In fact, since Title II decision was made, we’ve seen some of the sharpest increases in recent times.

Of course, the NCTA puts the increases down to “constant innovation cycles and aggressive deployment of new technologies across the country.” It’s difficult to argue with that, but it looks like Act II hasn’t had an impact. What’s less clear is how net neutrality rulings could increase costs.

It feels like the NCTA has shot itself in the foot here, but only time will tell how the fight ends. 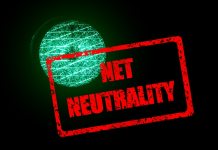