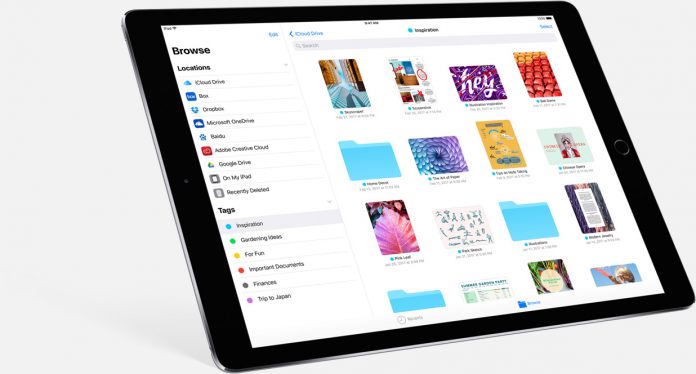 Apple took to the stage this Monday for its WWDC live event, which introduced some significant changes, not least iOS 11. One particular new addition will bring the platform closer to Windows and Android. Called simply ‘Files’, the service is a file management application for iOS 11. Microsoft has now backed the app through its OneDrive team.

In an announcement on its Office Blogs, the OneDrive teams welcomed the app:

“…we are excited to announce support for the new app and its file management capabilities. OneDrive integration with the Files app will make it easier for you to access your content from any Apple device and will provide a better file management experience on iOS for your personal and work OneDrive and SharePoint sites. We will share more details when iOS 11 releases.”

The addition of Files makes Apple’s mobile platform more appealing, especially to workers. The service was debuted by Senior Vice President Craig Federighi at WWDC earlier in the week. It allows local and cloud storage, search, tagging, and nested folders.

Files can be dragged and dropped into the app from other areas of the operating system.

Considering this, users can drag and drop content from the OneDrive website directly into Files. This leaves some question marks over the need for the OneDrive app in iOS.

However, the app does have some possibly important features like the ability to scan through Office Lens and the ability to upload directly from the camera.

From Apple’s perspective, it is clear the company is seeking to tap further into enterprise users. We have seen the company attempt to present a work solution that rivals Windows. This is evidenced with the iPad Pro, a compelling alternative that I believe falls short because of the OS.

Files is clearly a step towards a more seamless iOS/Mac ecosystem that makes the mobile platform more appealing for enterprise.